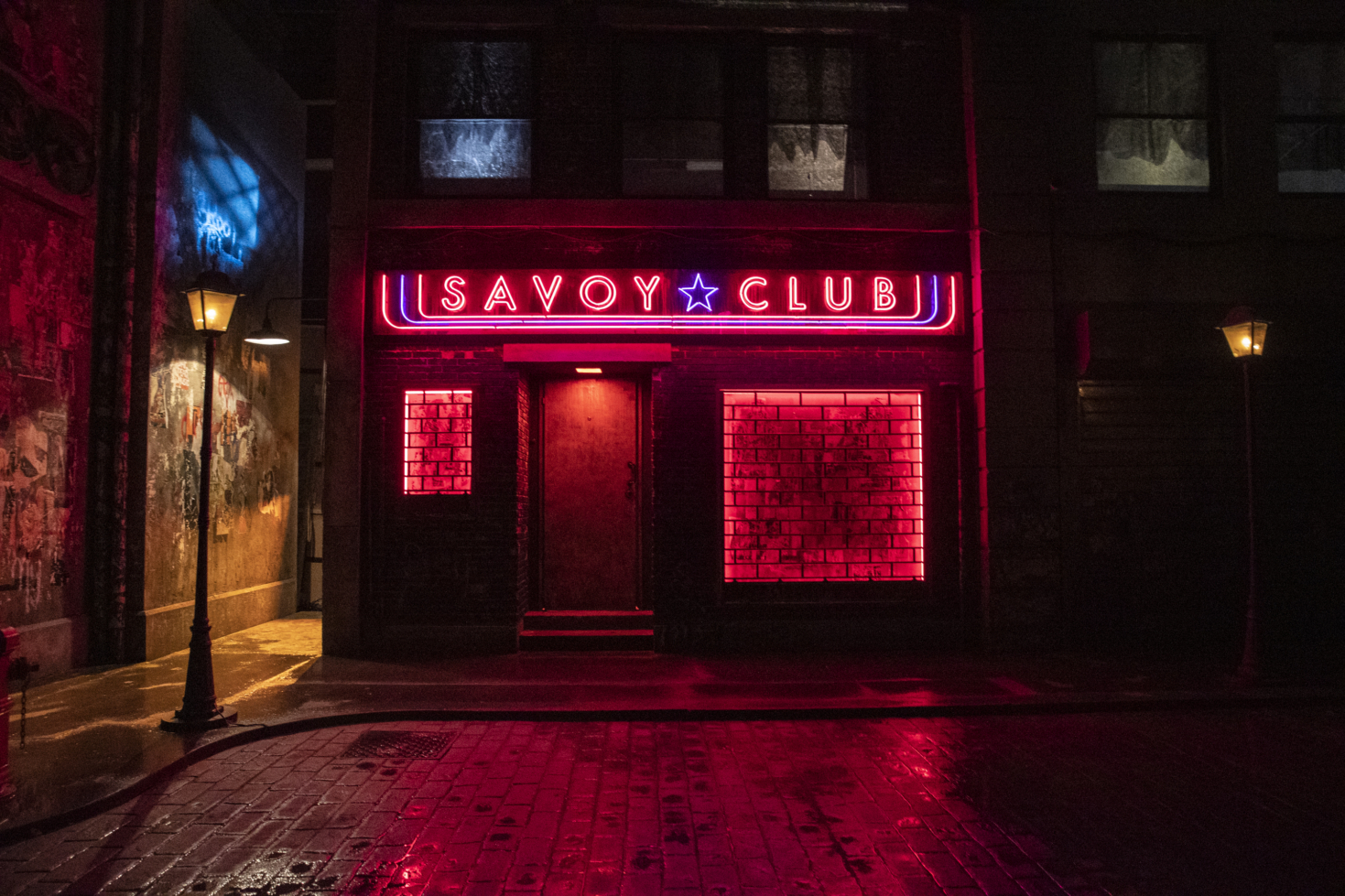 A COLLECTION THAT LINGERS OVER THE EDGE OF THE BEGINNING

Here it comes, with the precision of a toll. This birthday. One hundred years have gone. One hundred Earth’s revolutions questioning the flow of time. One hundred spins around the Sun to get back to that spring, where everything was about to burgeon and refract. An important time that has to be celebrated.

"PEOPLE ARE GOING TO LOSE THEIR MINDS"

Going through the hour when everything originated is a great responsibility for me, and a joyful privilege. It means being able to open the locks of history and linger over the edge of the beginning. It means soaking in that natal source to relive the dawn and the coming into view. 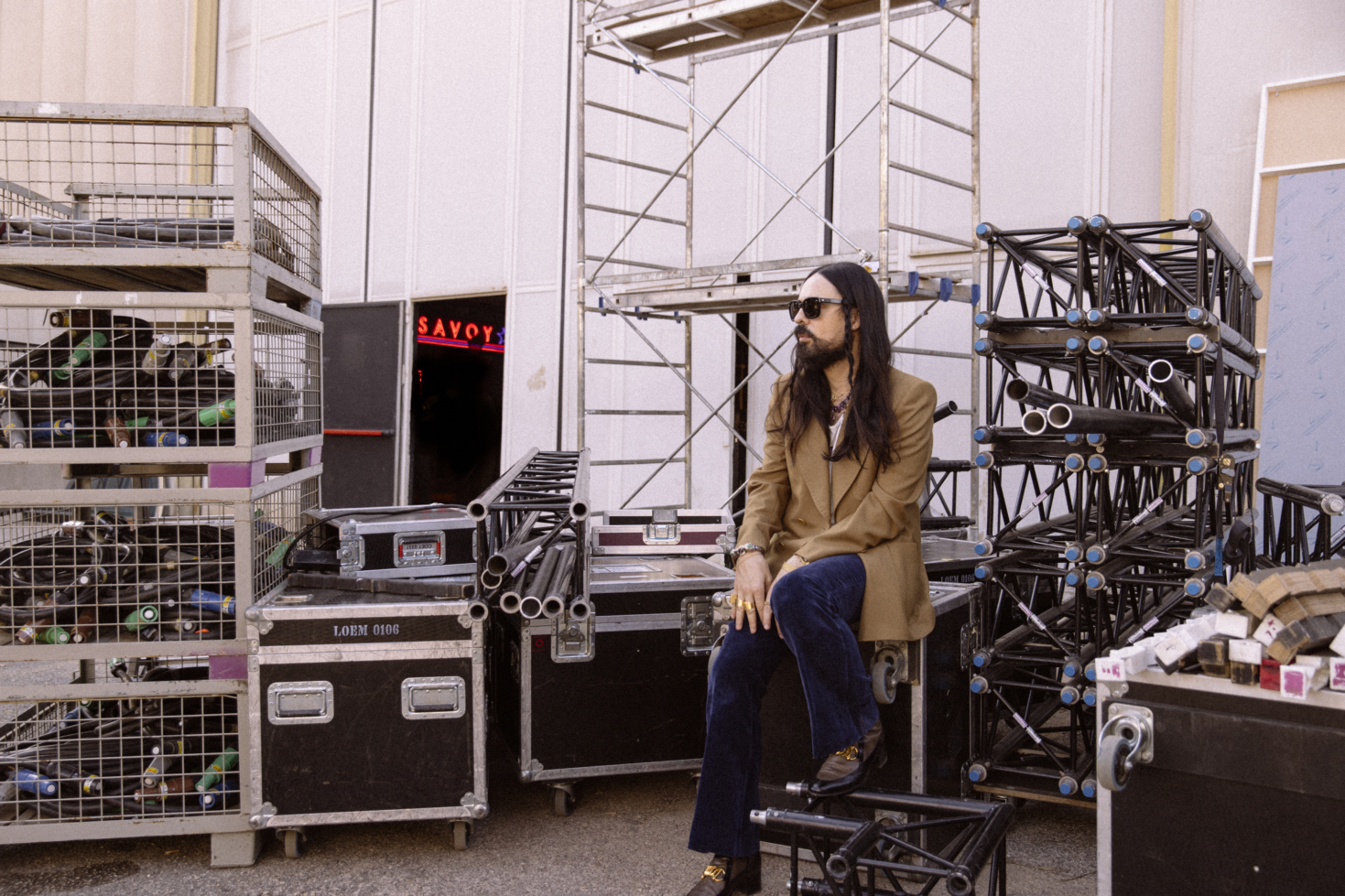 THE CENTENARY YEAR OF THE HOUSE

I wouldn’t like to sentimentalize a biography though. Gucci’s long history can’t be contained within a single inaugural act. As any other existence, its destiny is marked by a long series of “endless births” (M. Zambrano) and constant regenerations. In this persistent movement, life challenges the mystery of death. In this hunger for birth, we have learnt how to dwell the time. 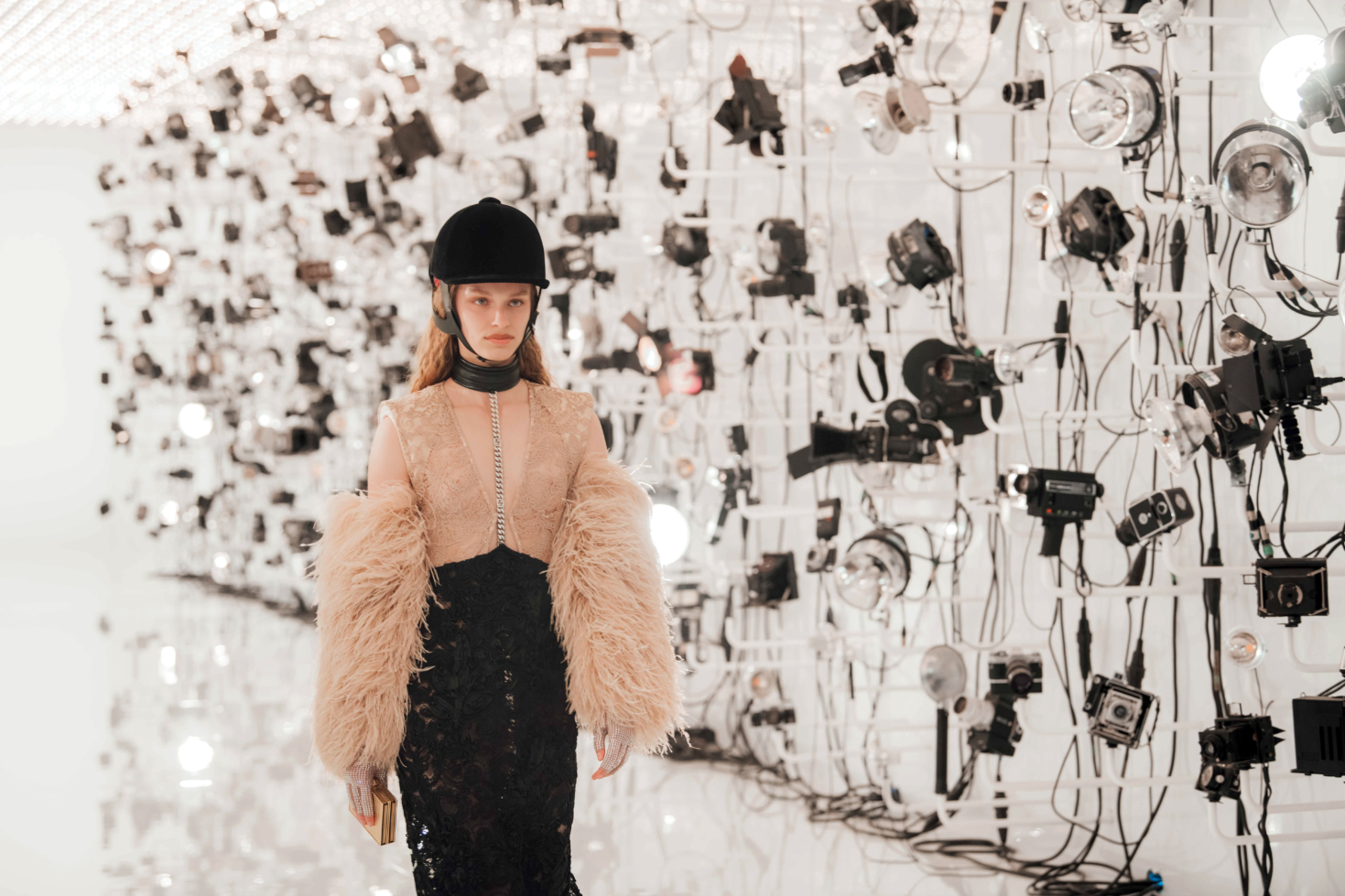 Celebrating this birthday means to pay homage to the mother’s womb then, but also to the becoming other. The legacy, but also the possibility of its afterthought. Past, in fact, is not a motionless conveyance and a repetition of the immutable: it rather “necessarily involves the idea of movement. It is not a datum, it is a motion: it is the movement of variation of the heritage that entails processes of transformation” (M. Centanni).

Benjamin would say that to plan the future we need to change the past, tracking down, as it unfolds, energy reserves that potentially have further life. In my work, I caress the roots of the past to create unexpected inflorescences, carving the matter through grafting and pruning. I appeal to such ability to reinhabit what has already been given. And to the blending, the transitions, the fractures, the concatenations. To escape the reactionary cages of purity, I pursue a poetics of the illegitimate. 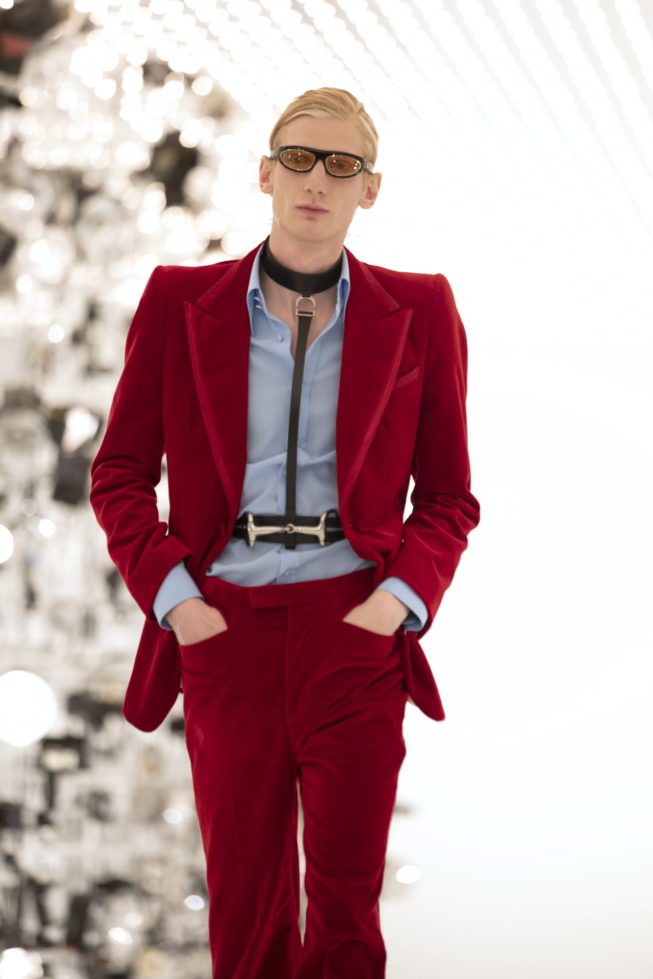 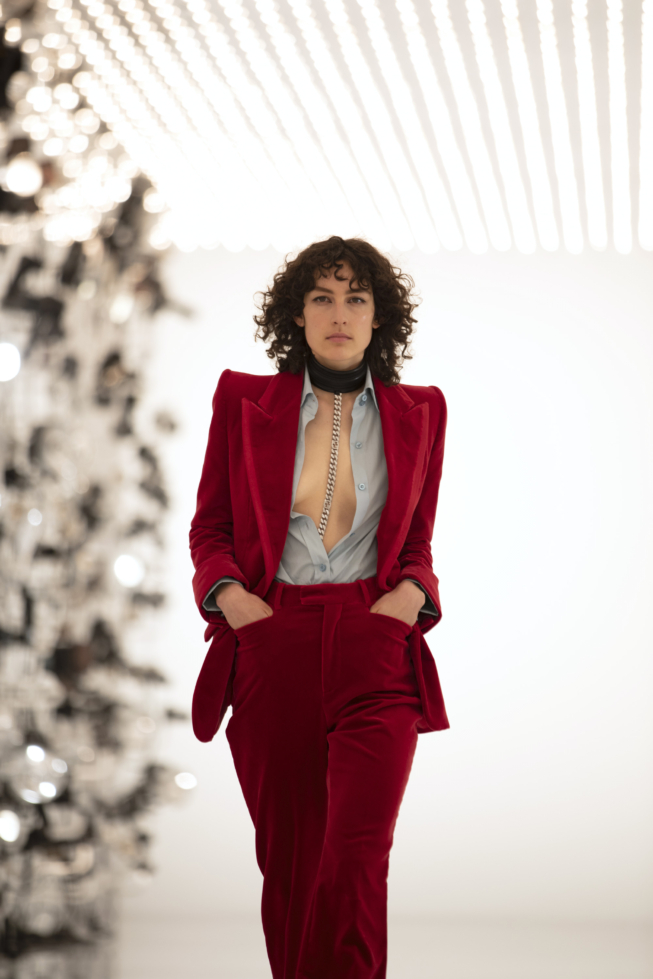 In this sense, Gucci becomes for me a hacking lab, made of incursions and metamorphoses. An alchemical factory of contaminations where everything connects to anything. A place where thefts and explosive reactions happen: a permanent generator of sparkles and unpredictable desires. On this occasion, then, I want to honour my filial affection betraying the legacy that was handed down to me. Because the promise of a never-ending birth is only renewed through an evolving capacity. 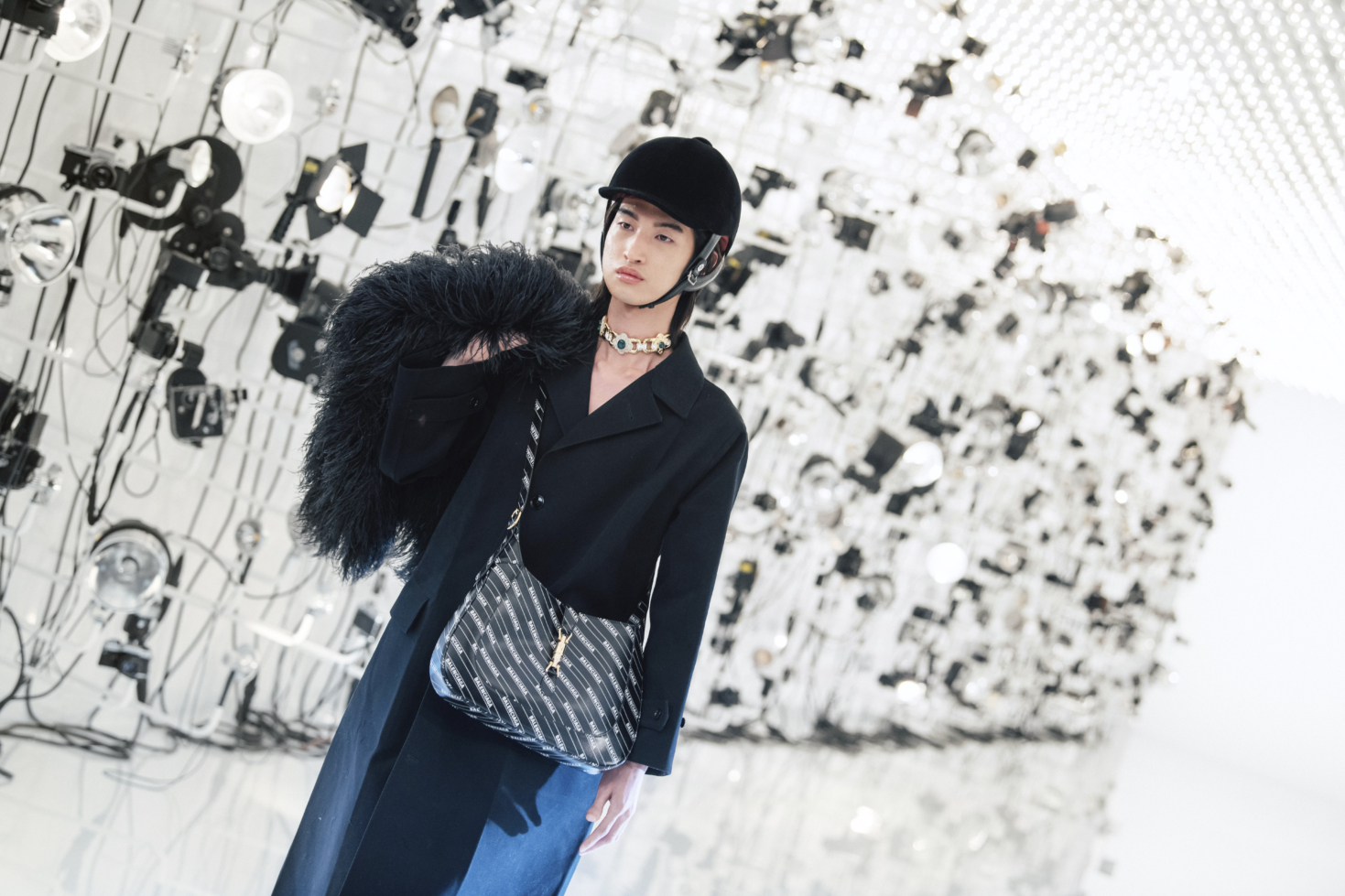 "NO ONE KNOWS WHAT IS REAL AND WHAT IS NOT" 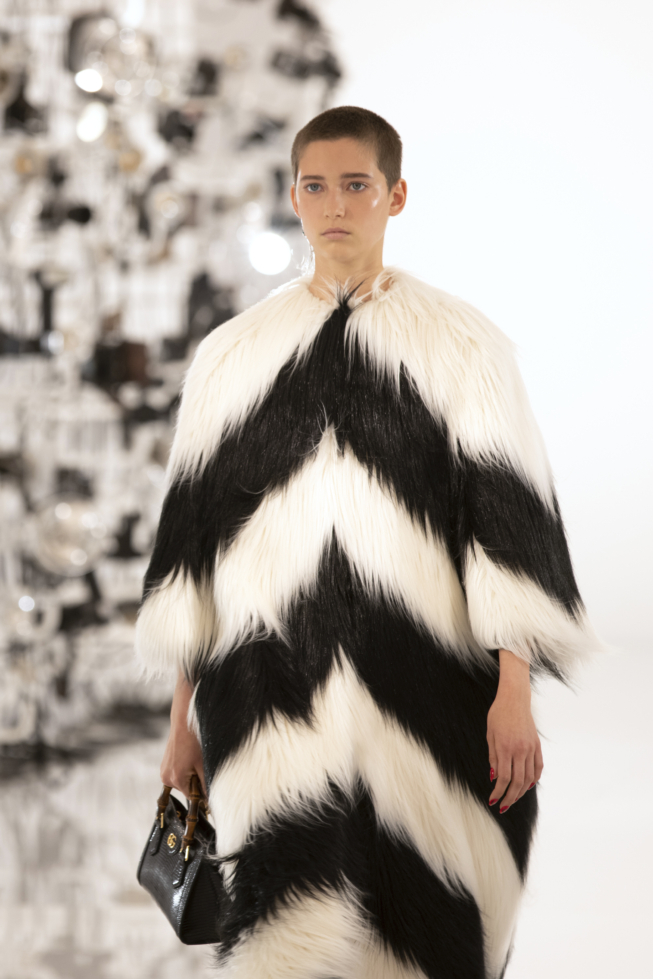 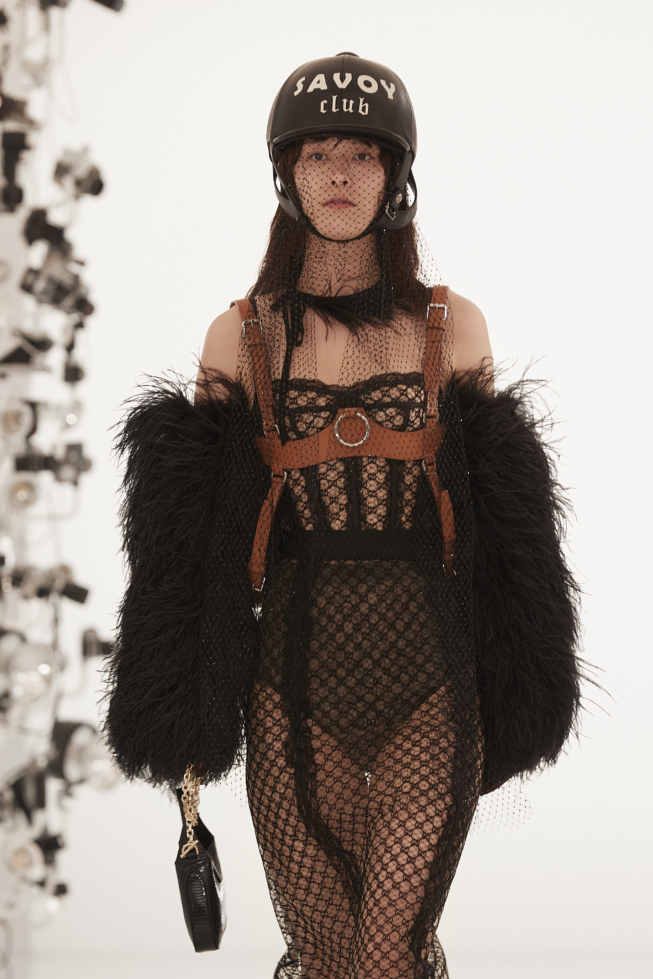 Crossing this threshold, I have plundered the nonconformist rigour of Demna Gvasalia and the sexual tension of Tom Ford; I have lingered over the anthropological implications of what shines, working on the brightness of fabrics;

I have celebrated the equestrian world of Gucci transfiguring it into a fetish cosmogony; I have sublimated Marilyn Monroe's silhouette and old Hollywood’s glamour; I sabotaged the discreet charm of the bourgeoisie and the codes of men’s tailoring. 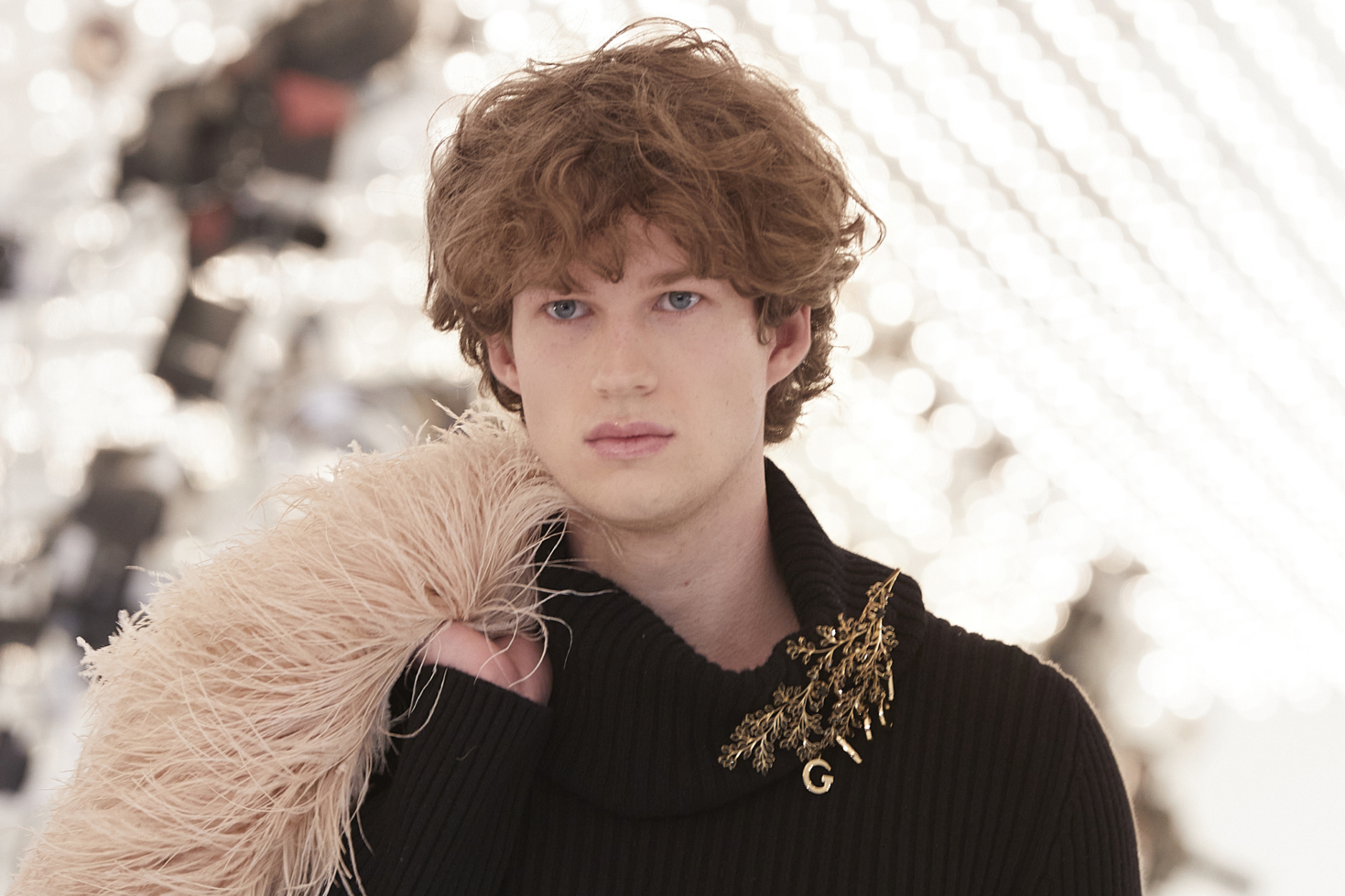 Here we are then, ready to celebrate, wearing our most glittering clothes. Preparations for the event are in full swing. 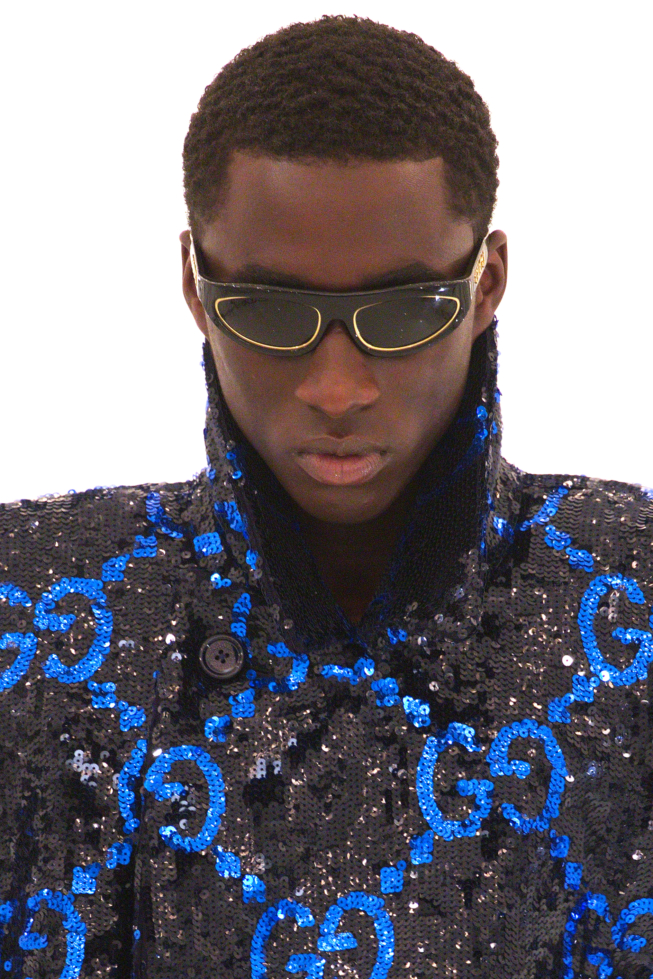 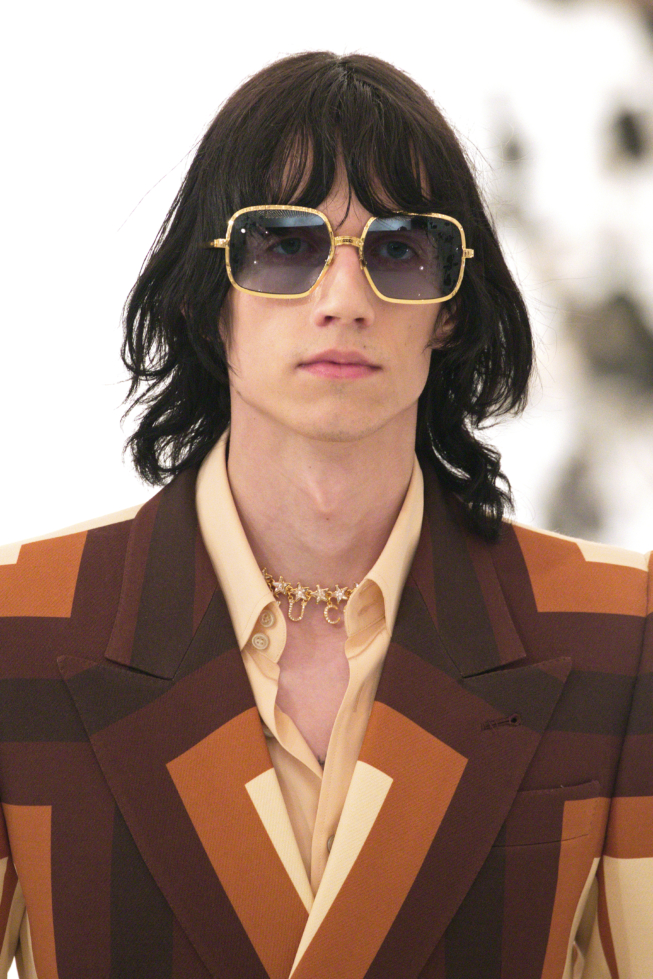 @GUCCI ARIA 27 mars 2021 Roma CinecittaWe are eager to walk through The Savoy’s doors again, one century later: an immaginific topos in the history of Gucci. A very long corridor separates us from that astral and magic passage. The myth of foundation is reinhabited in the light of the present. We get into a club, neon lights and cameras, but we find out that the party we deserve doesn’t happen in the lobby of a London hotel of the 20s. 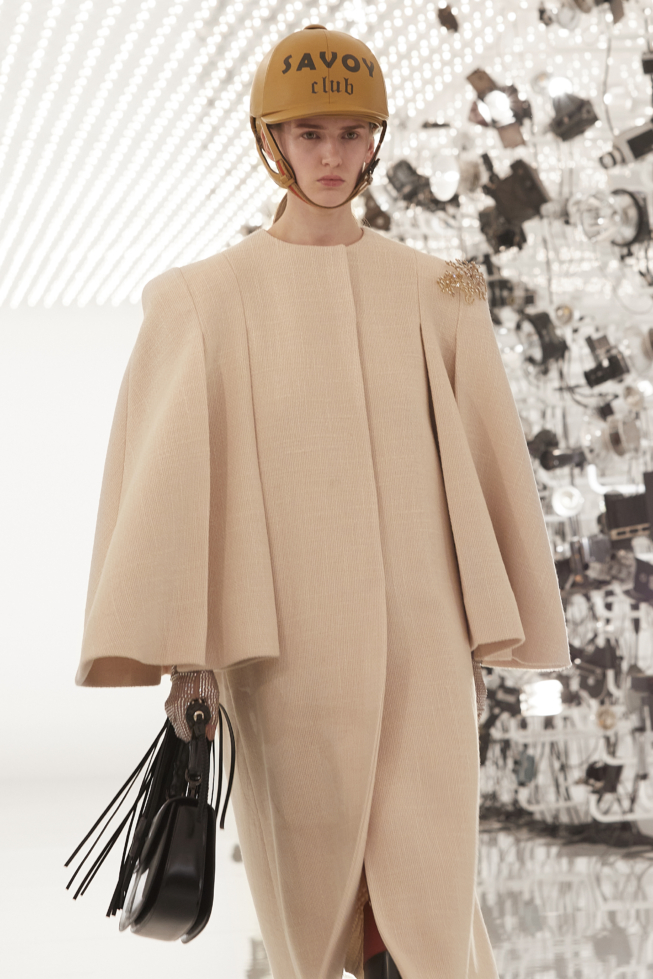 It’s rather like a deep and ecstatic diving in everything we yearningly miss today: a feast of air. A jubilee of breath. So the idea of the party glorifies in the generating power of nature and in the breath of life that pervades it. Breath is in fact what every living thing constantly generates, “it is the first name of being-in-the-world, it is the vibration through which everything opens up to life” (E. Coccia). It is a nativity that we honour in its oscillatory motion: “inhaling, that is letting the world get inside us, and exhaling, that is projecting ourselves in the world that we are” (E. Coccia). 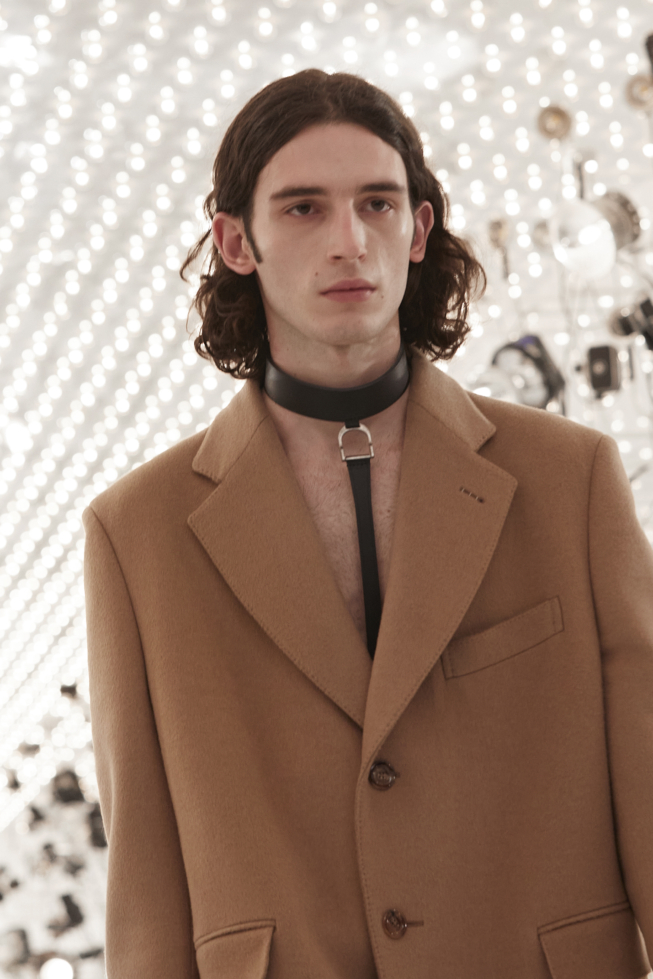 I therefore celebrate the air as a sacred principle of interpenetration, blending and connection: a principle of existence infused with the chemical enchantment of the leaves. To these creatures, my praise. To their being fragile and vulnerable. To their ability to renew and get back to life after winter has passed. 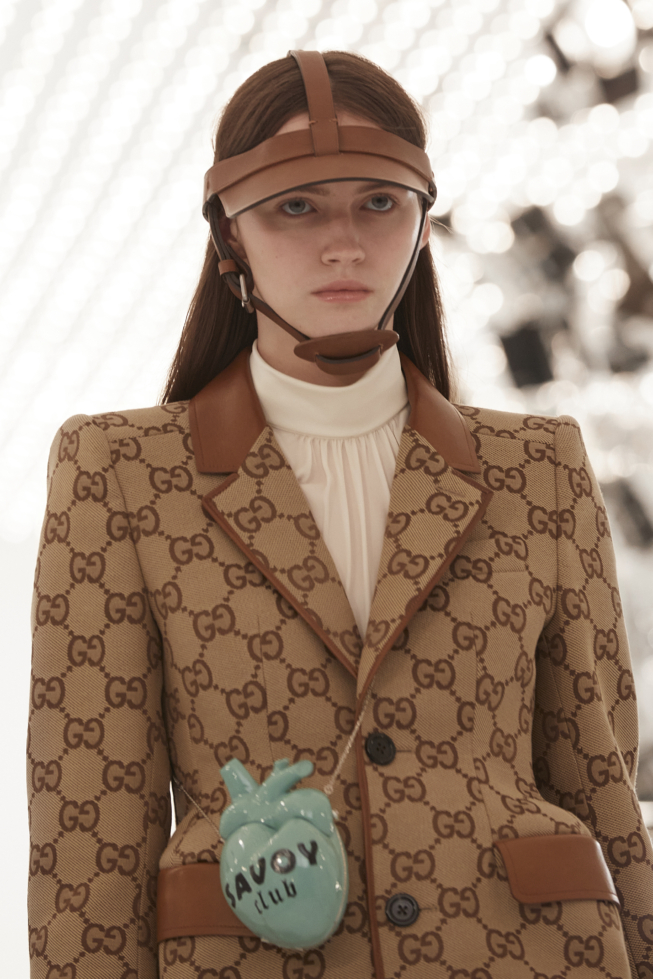 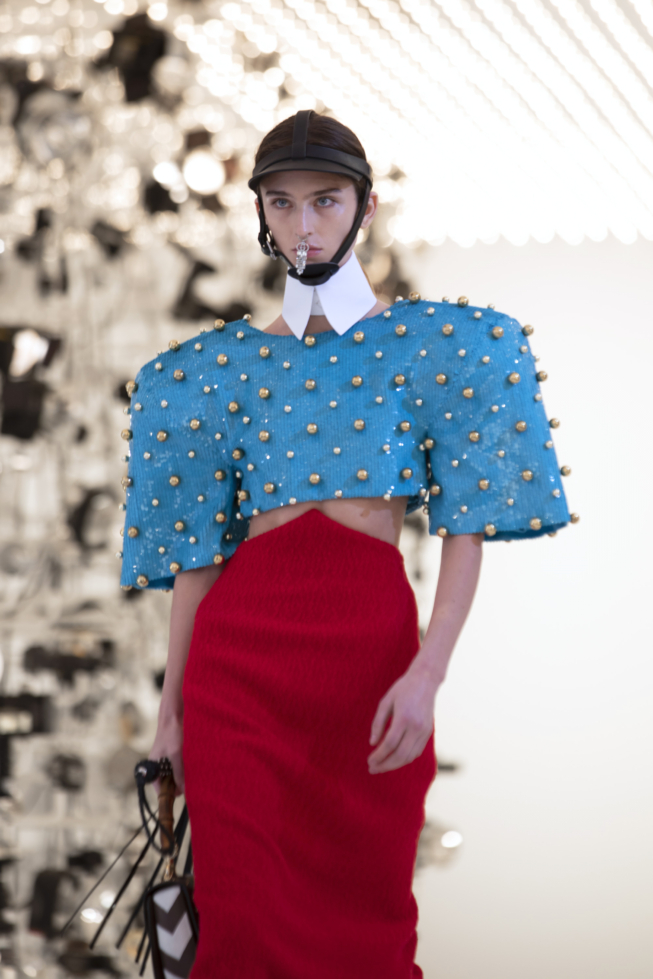 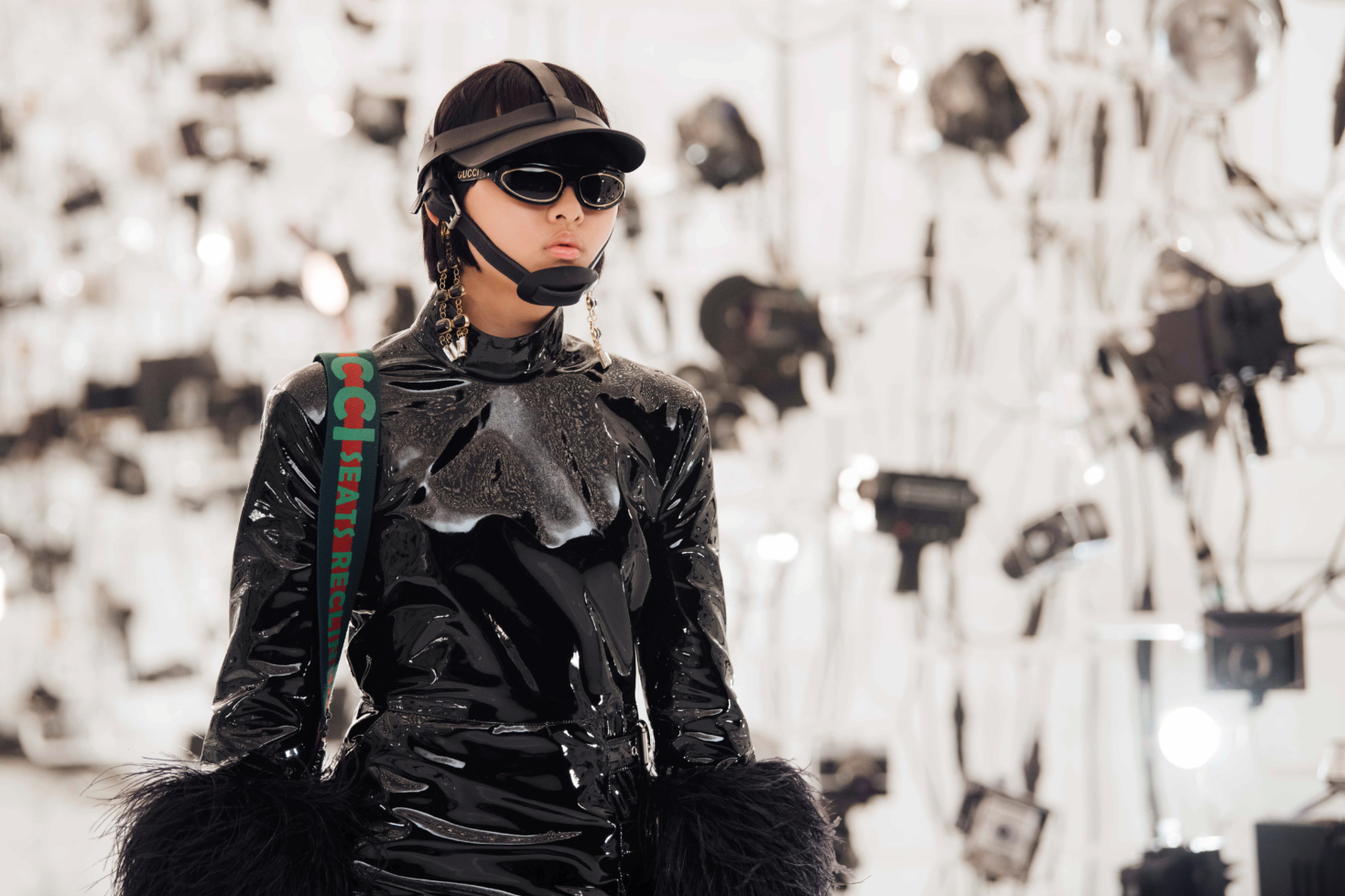 AN UNCONVENTIONAL INVITE TO DISCOVER THE ARIA COLLECTION 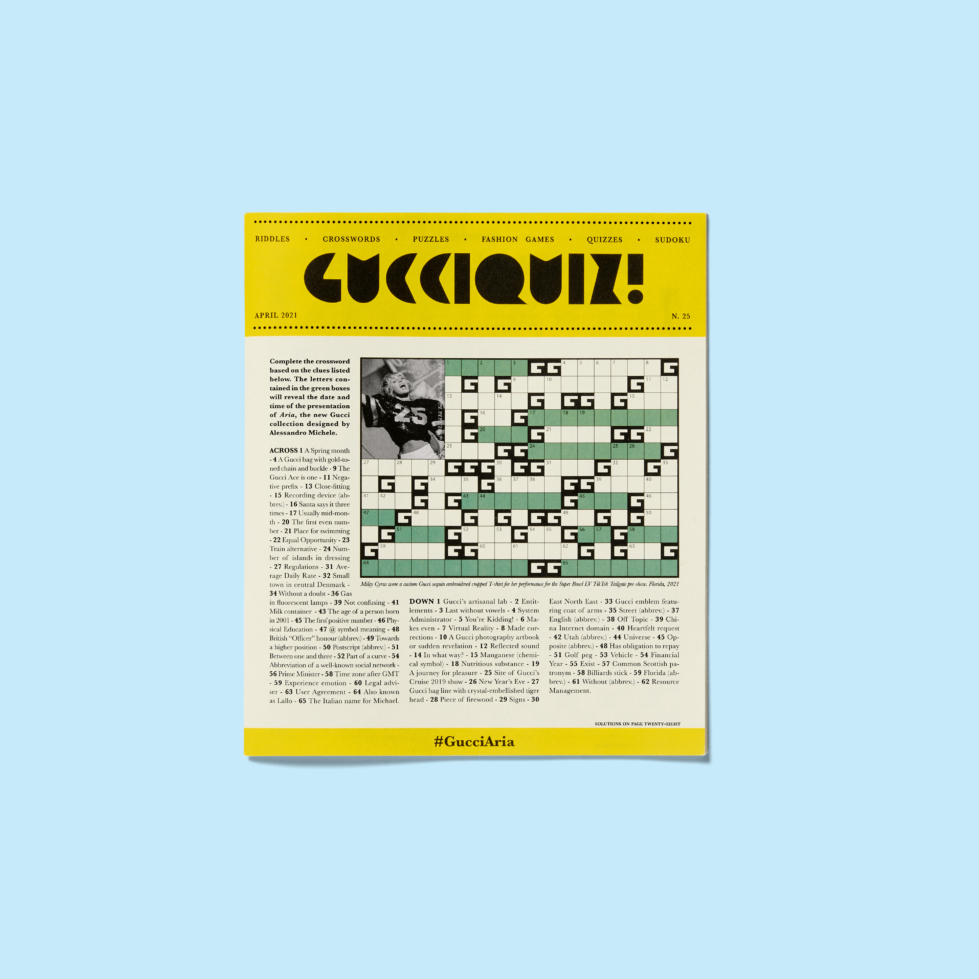 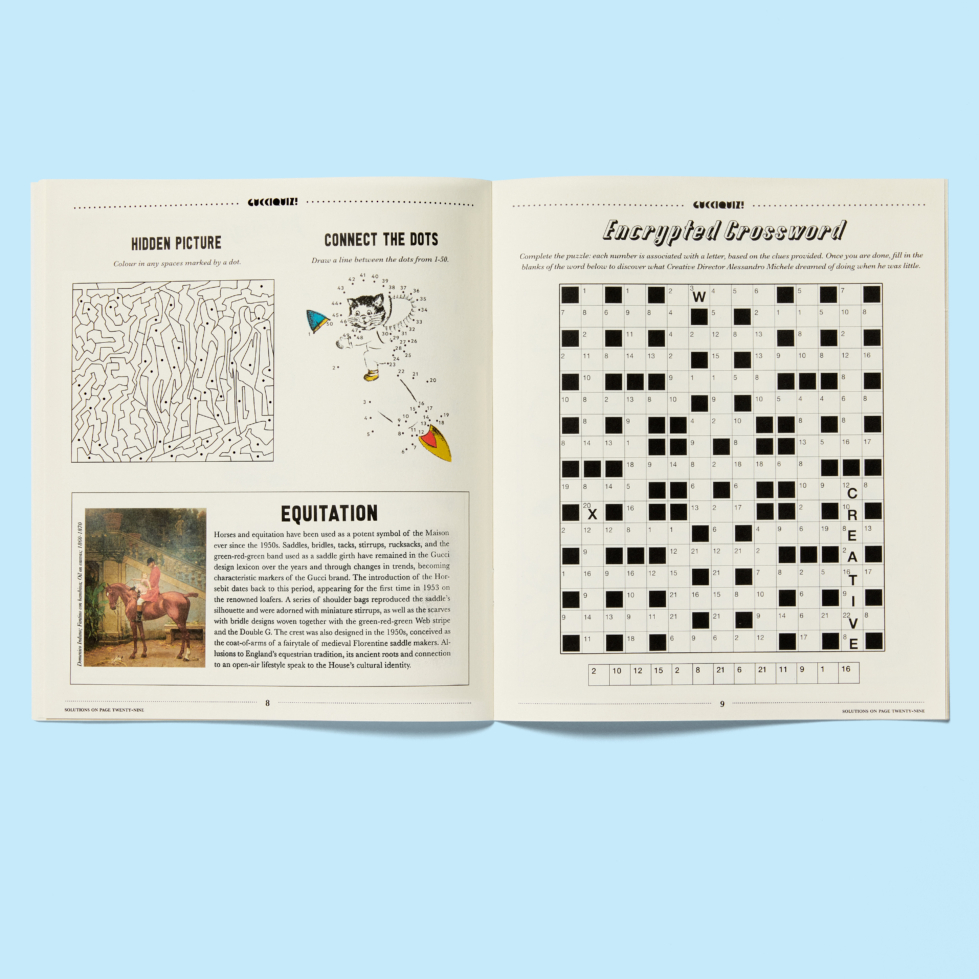 April 12, 2021. In the 100 years since Guccio Gucci founded his small leather shop in Florence, Gucci has always been synonymous with the use of symbols, laden with meaning and history, many still in use today. Symbols became another way for the brand to communicate. 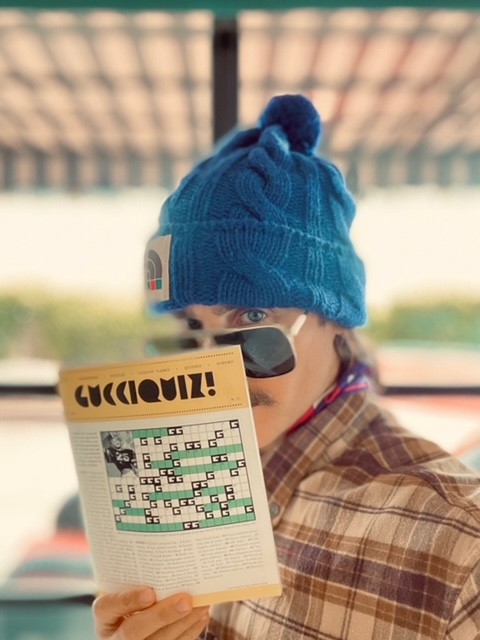 The Horsebit and Web speak to the House’s equestrian heritage; the monogram references the founder’s name; the Flora print is rich with artistic allusions.

When Alessandro Michele became Creative Director of Gucci in 2015, he introduced a new narrative, one in which symbolism continued to remain paramount, but also included a remarkable emphasis on words.

He recognized their power and realized that his choice of them directly impacted their capacity to move and inspire.

With a single word or phrase, Gucci collections were infused with messages of love, freedom and acceptance, becoming a new way to articulate self-expression through fashion. 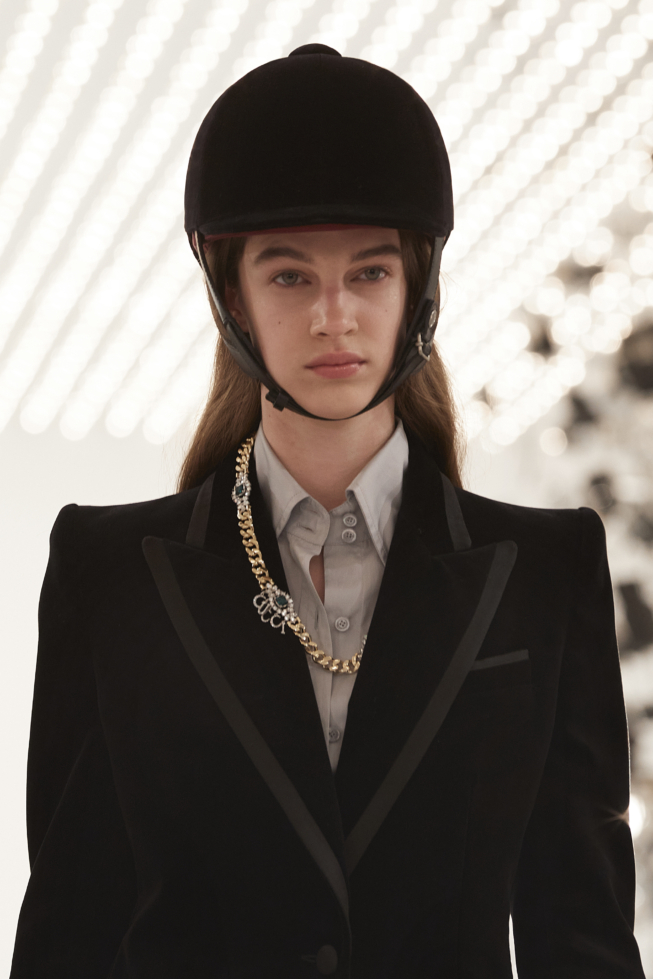 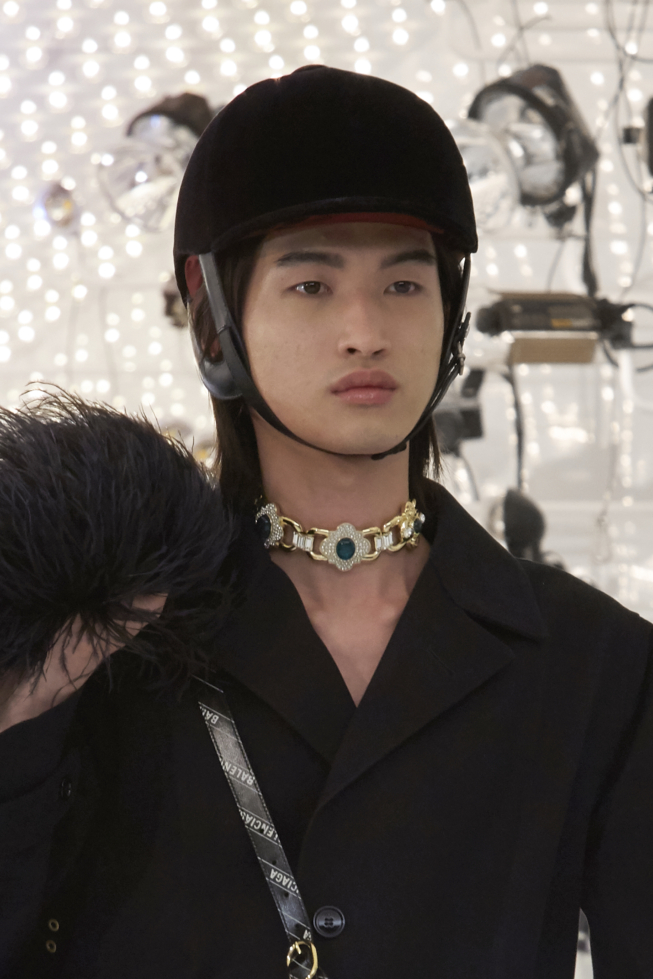 At the very foundation of self-expression is the idea that no two people are the same, much in the way that no two interpretations of a creative work can coincide completely. Fashion, as a form of aesthetic expression, then becomes a game in which one must connect the dots and fill in the blanks. Taking this que, Gucci sent to its virtual guests the GUCCIQUIZ!, an ironic and unconventional publication filled with puzzles, crosswords and brain teasers curated in collaboration with Keesing PRS Italia and with the support of Domenica Quiz.

Through these Gucci-themed riddles, the invitees will discover the details to virtually attend the upcoming presentation of the House’s Aria Collection. Unlike the puzzles contained here, however, there is no right or wrong answer to fashion – the solution, rather simply, is in the eye of the beholder. And herein lies the beauty of this enigma. 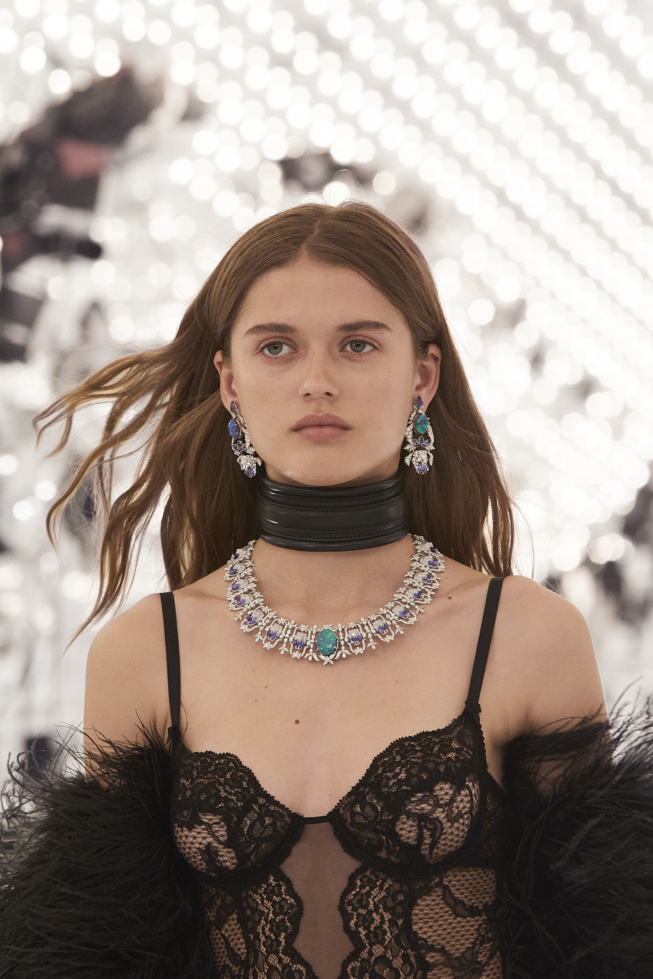 To showcase the Aria Collection, Creative Director Alessandro Michele co-directed together with multi-disciplinary artist and videographer Floria Sigismondi the dedicated film. In the past, she collaborated with the House on multiple occasions, including on Gucci’s Gift Giving Campaign in 2016, shot in the Garden of Ninfa, and on the Gucci Bloom Campaign, which debuted in 2020 and set in the mystical passages of La Scarzuola. 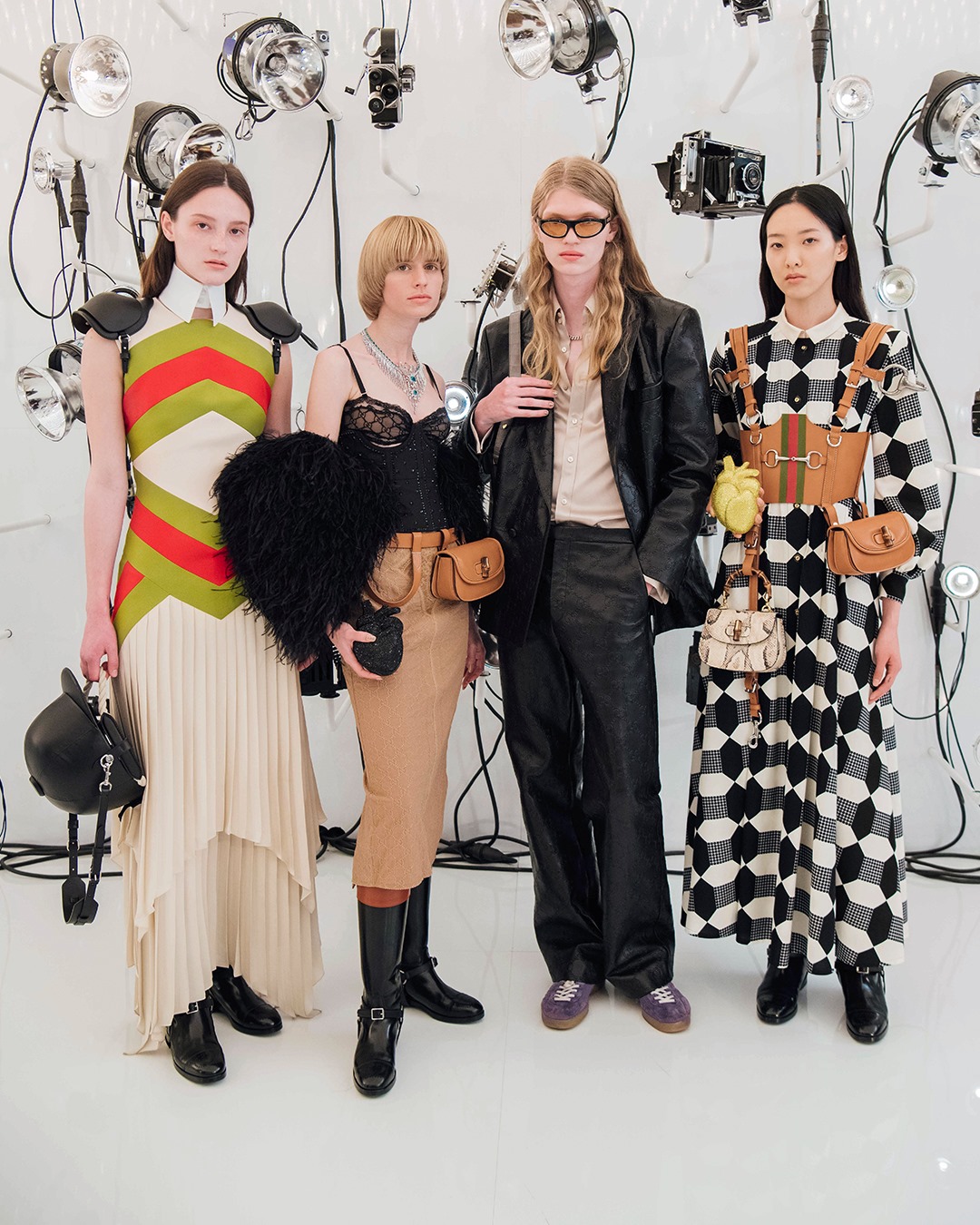 "ON THE LIGHT-FILLED RUNWAY OF #GUCCIARIA"

Floria’s audacious music-video imagery and trademark cinematic style has made her one of the most acclaimed directors in thegenre’s history. Her iconic work for artists such as Rihanna, David Bowie, Dua Lipa, Justin Timberlake and Sigur Ros has swept video awards globally. In recent years, Floria has partnered with Alessandro Michele, visionary creative director at the helm of Gucci. 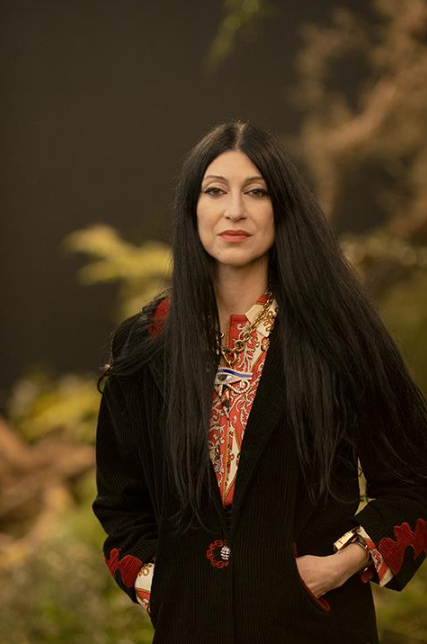 This fruitful partnership also culminated in the short film 72 Hours at The Chateau Marmont, featuring the experimental film icon Kenneth Anger for a special supplement of System Magazine.

The film won Best Fashion Film at the Milano Fashion Film Festival. Her latest book of photographs, Eat the Sun, features many of Hollywood and music’s most celebrated luminaries including images from her award-winning series for The New York TimesMagazine’s The Great Performers Issue, featuring Nicole Kidman, Daniel Kaluuya, Andy Serkis, Saoirse Ronan, and Timotheé Chalamet.

In film, Floria has directed The Turning, and wrote and directed the critically-acclaimed feature The Runaways, starring Kristen Stewart and Dakota Fanning. Her television work includes directing episodes of American Gods for Starz and TheHandmaid’s Tale for Hulu.

ARIA "A deep and ecstatic diving in everything we yearningly miss today... a jubilee of breath."

PHOTOS AND TXT COURTESY OF @GUCCI 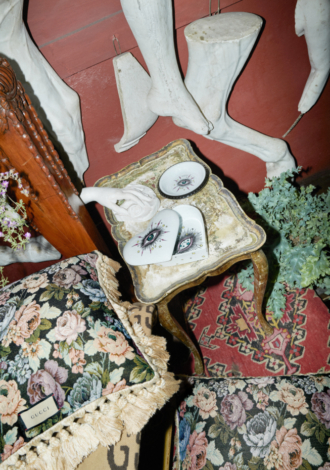 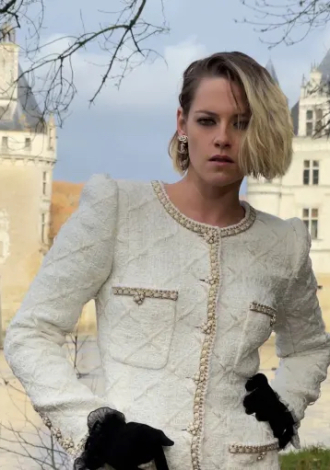 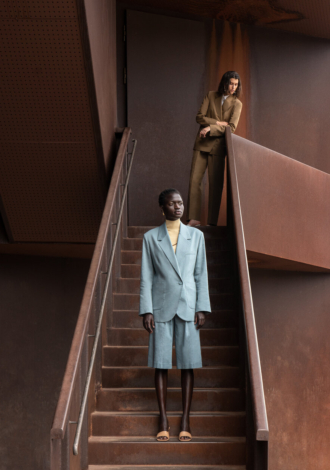 UTOPIA | THE CONFLUENCE OF FASHION & ARCHITECTURE | BY GEORGE KROUSTALLIS 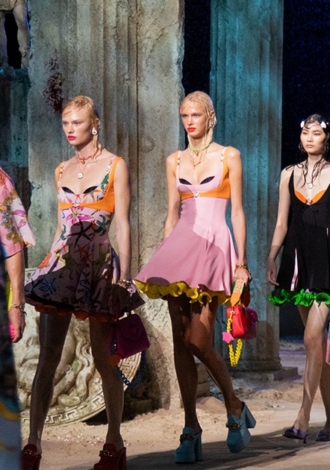