PREV. ARTICLE
NEXT ARTICLE
HOMEPAGELIFESTYLEGUCCI & THE SECRET LIFE OF LIPSTICK

GUCCI & THE SECRET LIFE OF LIPSTICK

The recipe for lipstick has taken thousands of years to perfect.
And if we follow the forgotten trail of lipstick, its story can lead us from the ancient tombs of antiquity to underground societies that paved the way for freedom of expression. 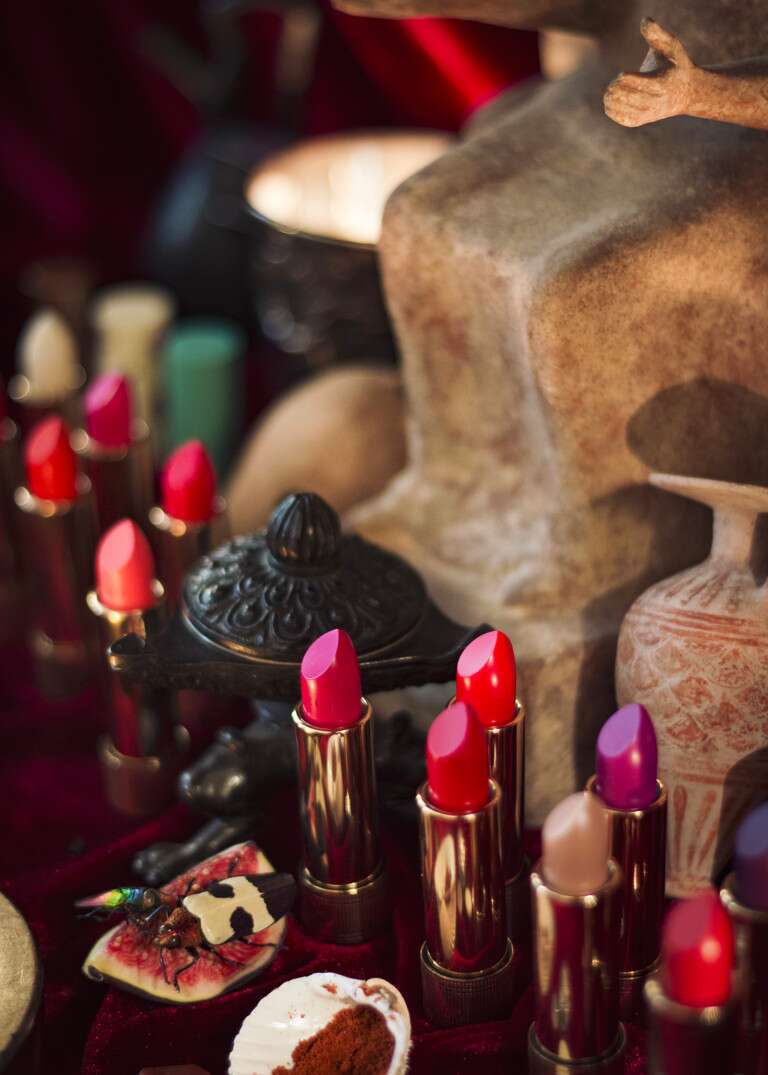 As we shift into the dawn of a renaissance for female emancipation and gender fluidity, the House of Gucci is rewriting the rules of beauty once again with this underestimated cosmetic tool as a symbol of strength and identity.
The story begins 5,000 years ago with the eccentric queen of a Sumerian city in modern-day Iraq. Most of Queen Puabi’s narrative has been lost in the wrinkles of time, but her legacy has been attached to the first recorded use of lip rouge in history. Along with her elaborate headpieces, a key part of her look was her brightly coloured lips, which she painted using a powder made from red rocks that she kept in cockle shells. 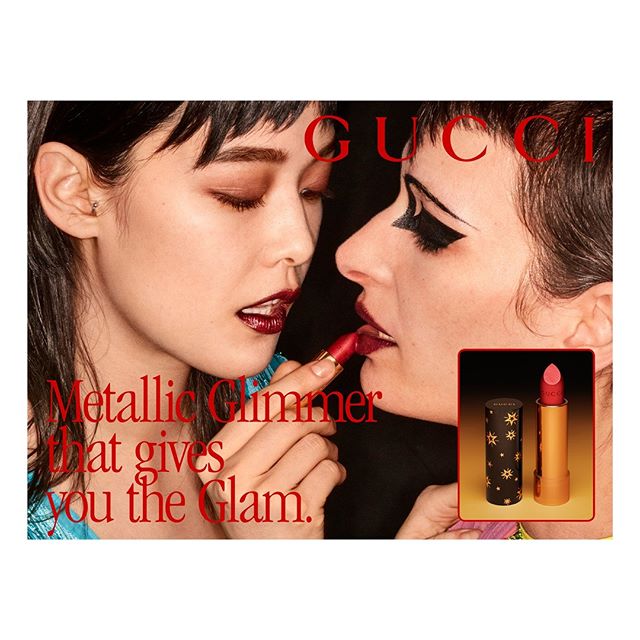 Contrary to popular assumption, lipstick was in fact genderless for most of its existence. Cleopatra herself pioneered make-up for the men and women of ancient Egypt. Heavily-painted black eyes weren’t complete without boldly painted lips in shades of orange, magenta and blue-black. Pots of lip dyes made from crushed scarab beetles and cochineals were carried into burial tombs for the afterlife, discovered by archaeologists thousands of years later.
Even under the Roman Empire, lip paint was genderless, particularly amongst high ranking male officials to denote their social ranking. Mulberries, rose petals and wine residue were among the popular ancient homemade ingredients. As the Dark Ages cast its shadow over Western Europe however, religion clashed with cosmetics and churchmen wrote about lipstick as sacrilege. In secret, the more worldly elite found alchemists to create their lip rouge and apply it while doing incantations. 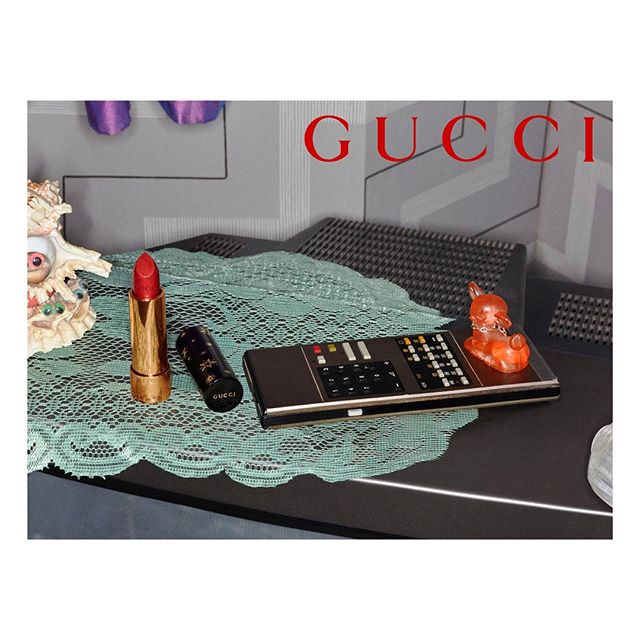 Venice was considered far removed from the rest of medieval Europe, and high society wore bright pink lip rouge with abandon while the popular class wore earthier red tones. When the acceptance of cosmetics eventually made its way to England during the Renaissance, King Edward IV christened his own official lip shades, such as ‘Raw Flesh’. The more you look at late Medieval and Renaissance art, the more you’ll notice the men are depicted wearing lip rouge.
Queen Elizabeth I is said to have invented the lip pencil with one of her close aids by mixing colours with plaster of Paris.

The English queen was such a devotee to lipstick that she believed it could ward off illness, and was said to be wearing half an inch of lip rouge on her deathbed. This adulation of lipstick and its mysterious powers trickled down into mainstream society, where it was even traded as a substitute for money. 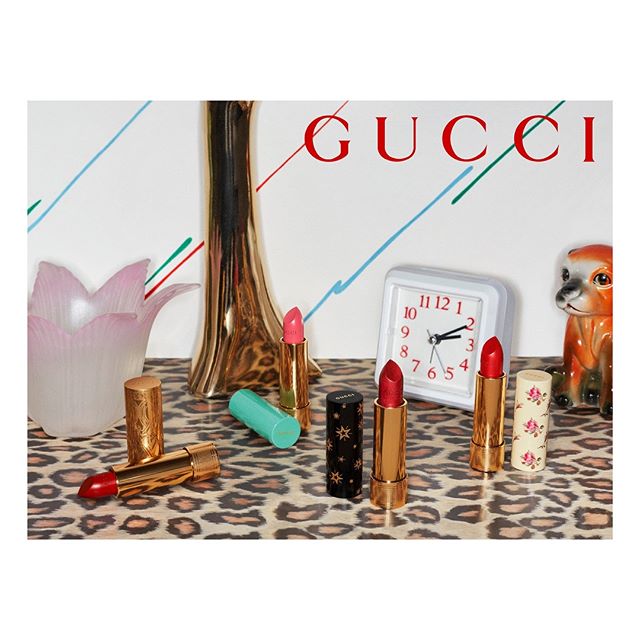 Across the channel in 17th century France, both male and female courtiers openly wore bright red lips inspired by the makeup they’d see worn by actors at the theatre. Meanwhile in the New World, women came up with enterprising ways to achieve rouged lips – rubbing red snippets of ribbon across their mouths and carrying around lemons to suck on throughout the day.
But then Victorians came along and put a damper on things. In her mourning years, Queen Victoria imposed an empire-wide prohibition on lipstick, declaring that makeup was dishonest and impolite. Rebellious women of society began secretly trading make-up recipes and making homemade lipsticks in underground lip rouge societies. Clandestine beauty establishments ushered veiled women into private rooms where they could stock up on cosmetic ingredients.
We owe the mainstream re-introduction of lipstick to the burgeoning actresses at the turn of the century, who took their professional makeup looks from the stage to the streets. Actress Sarah Bernhardt caused great scandal in the 1880s when she applied red lip rouge in public. Lipstick, femininity and rebellion soon began to converge in tandem with the unfolding women’s rights movements. 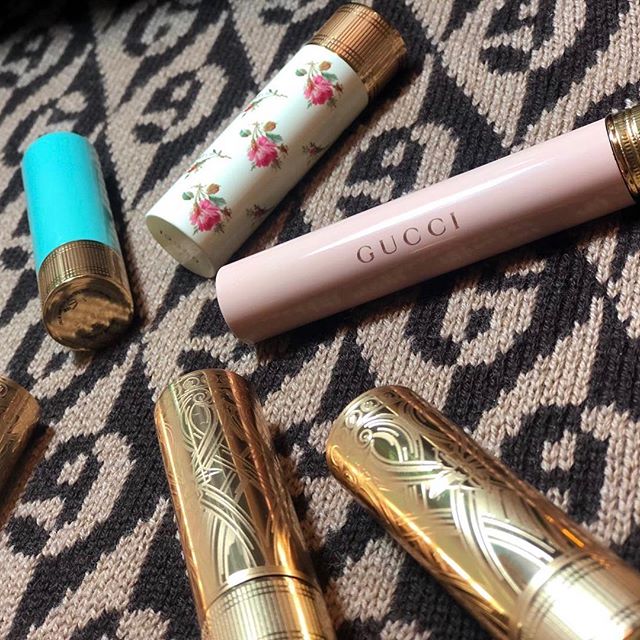 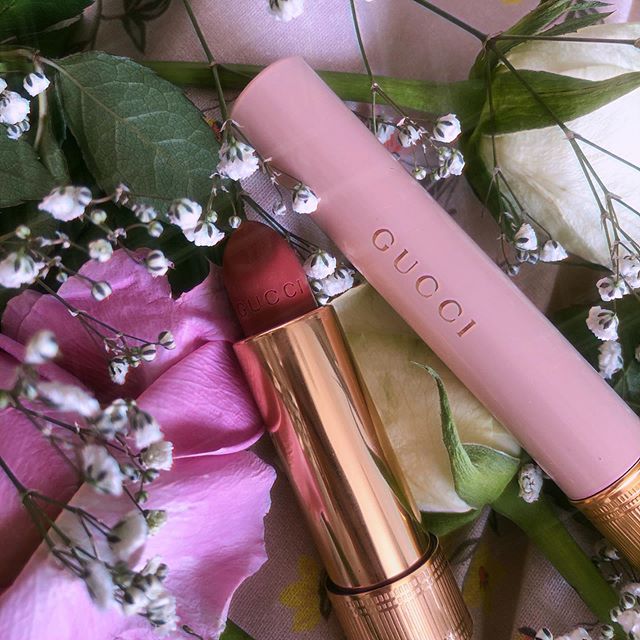 Queue the Golden Age of Hollywood when "It girl" actresses like Clara Bow and Theda Bara prompted women worldwide to emulate their trademark Cupid lips. During wartime, the production of lipstick in Europe was held back due to rationing, but for Americans, lipstick became indispensable to the war effort, sold as a morale-boosting symbol of girl-power in the face of danger. Factory dressing rooms were stocked with lipstick and female marines had an official shade: ‘Montezuma Red’. There are even examples of lipsticks that were creatively disguised as binoculars, and equipped with emergency flashlights in case of blackout. The 1970s and 80s finally reopened the doorway to gender bending with music icons like Bowie, glam-rocker Lou Reed, Kiss and Mick Jagger. Purple and black became the colors of choice to express nonconformity. 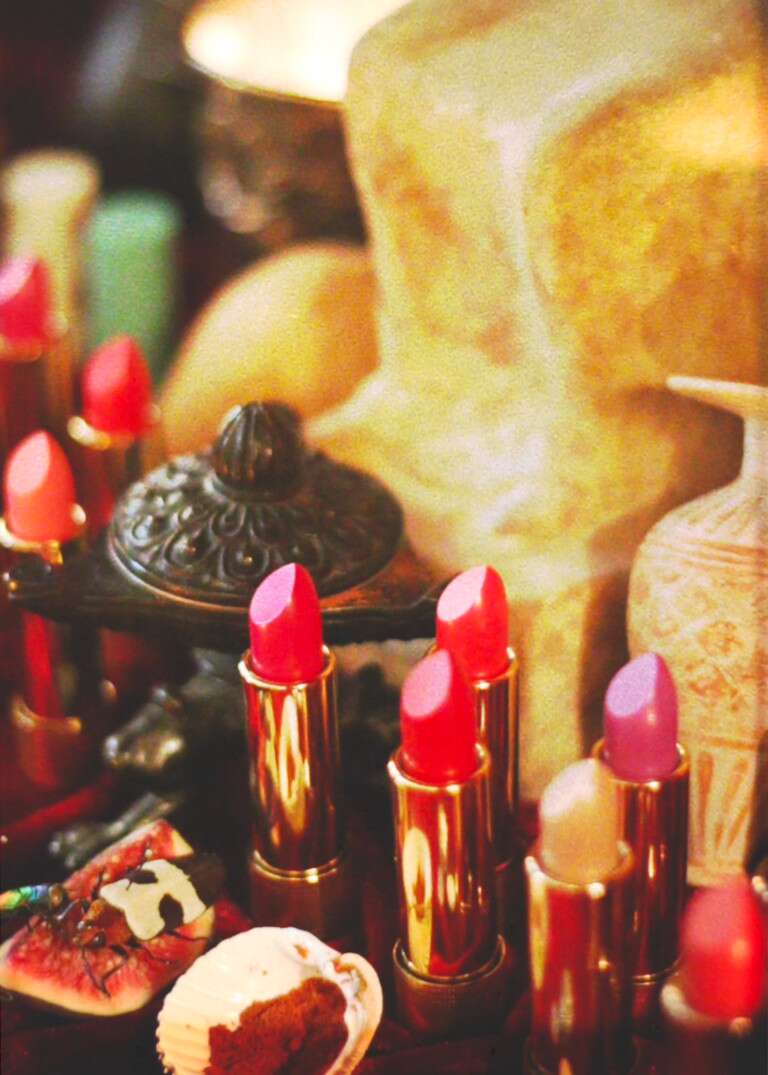 As we enter the 2020s, this iconic cosmetic tool is once again becoming a symbolic instrument of change, as we shift into a new era for female emancipation and gender fluidity. Gucci's trailblazing lipstick campaign created by Alessandro Michele sends a strong and much-needed message: it's time to break away from society’s image of perfection. It's time to love our imperfections. 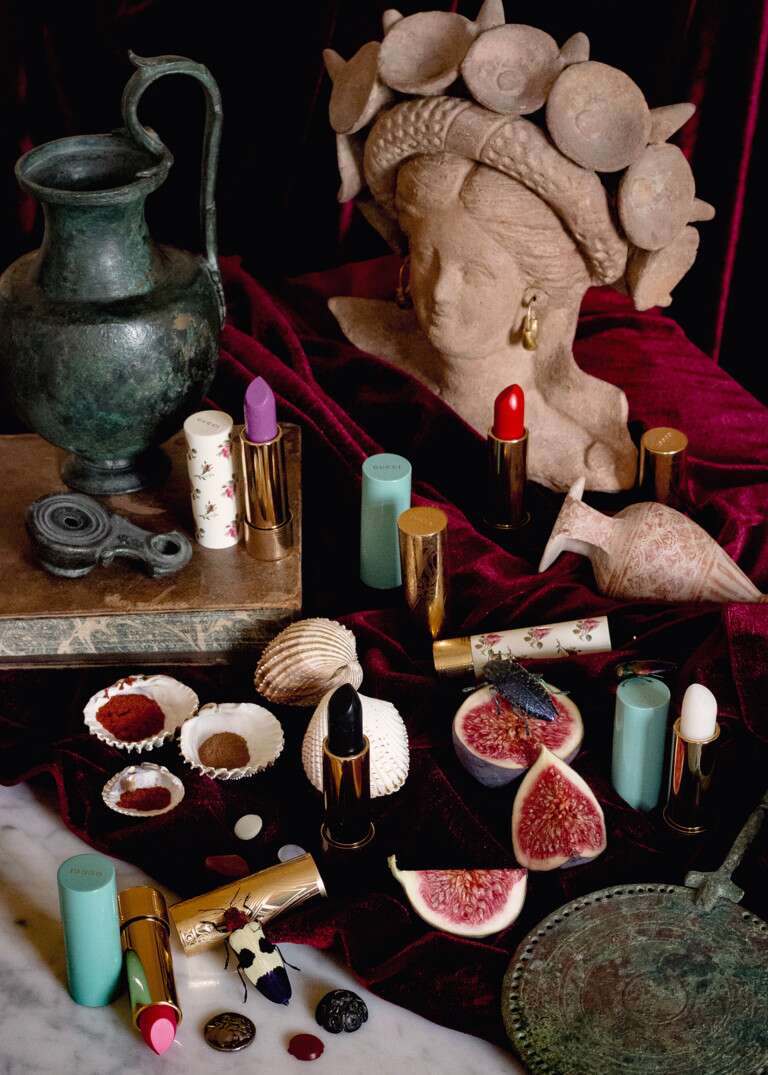 —Vanessa Grail of messynessychic.com
Listen to the Gucci Podcast episode featuring Gucci Beauty face Dani Miller talking about how the campaign breaks the rules of beauty norms.
Listen to the Podcast on iTunes: on.gucci.com/_Gucci_Podcast

—Vanessa Grail of messynessychic.com
Listen to the Gucci Podcast episode featuring Gucci Beauty face Dani Miller talking about how the campaign breaks the rules of beauty norms.
Listen to the Podcast on iTunes: on.gucci.com/_Gucci_Podcast

Returning to the Gucci Beauty Network, where age, identity and looking perfect are obsolete, the second chapter of the campaign presents Rouge à Lèvres Mat.

The lipstick marks on the teacup and glass are a nod to outdated standards, a world in which lips have to remain perfectly made up. 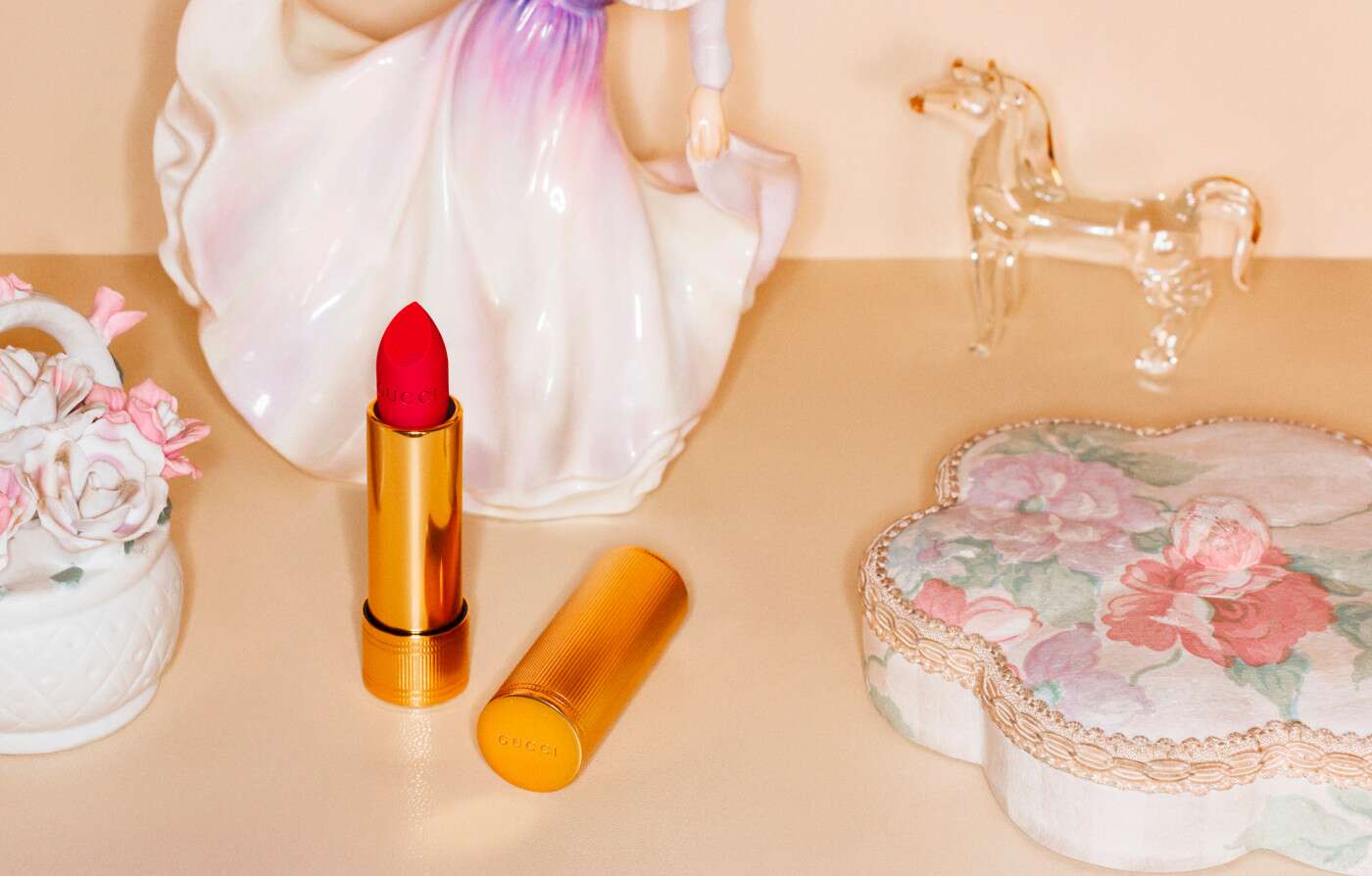 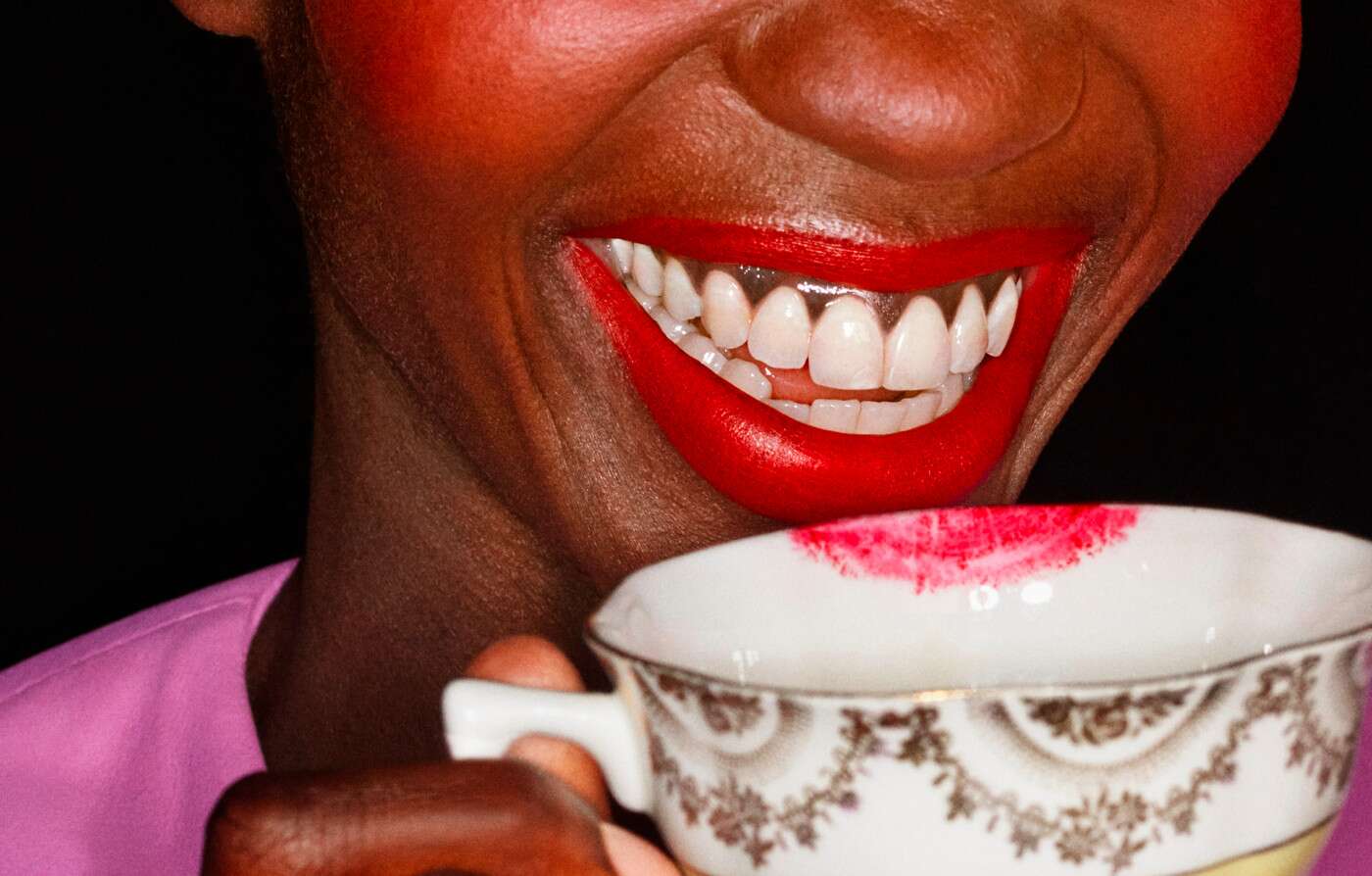 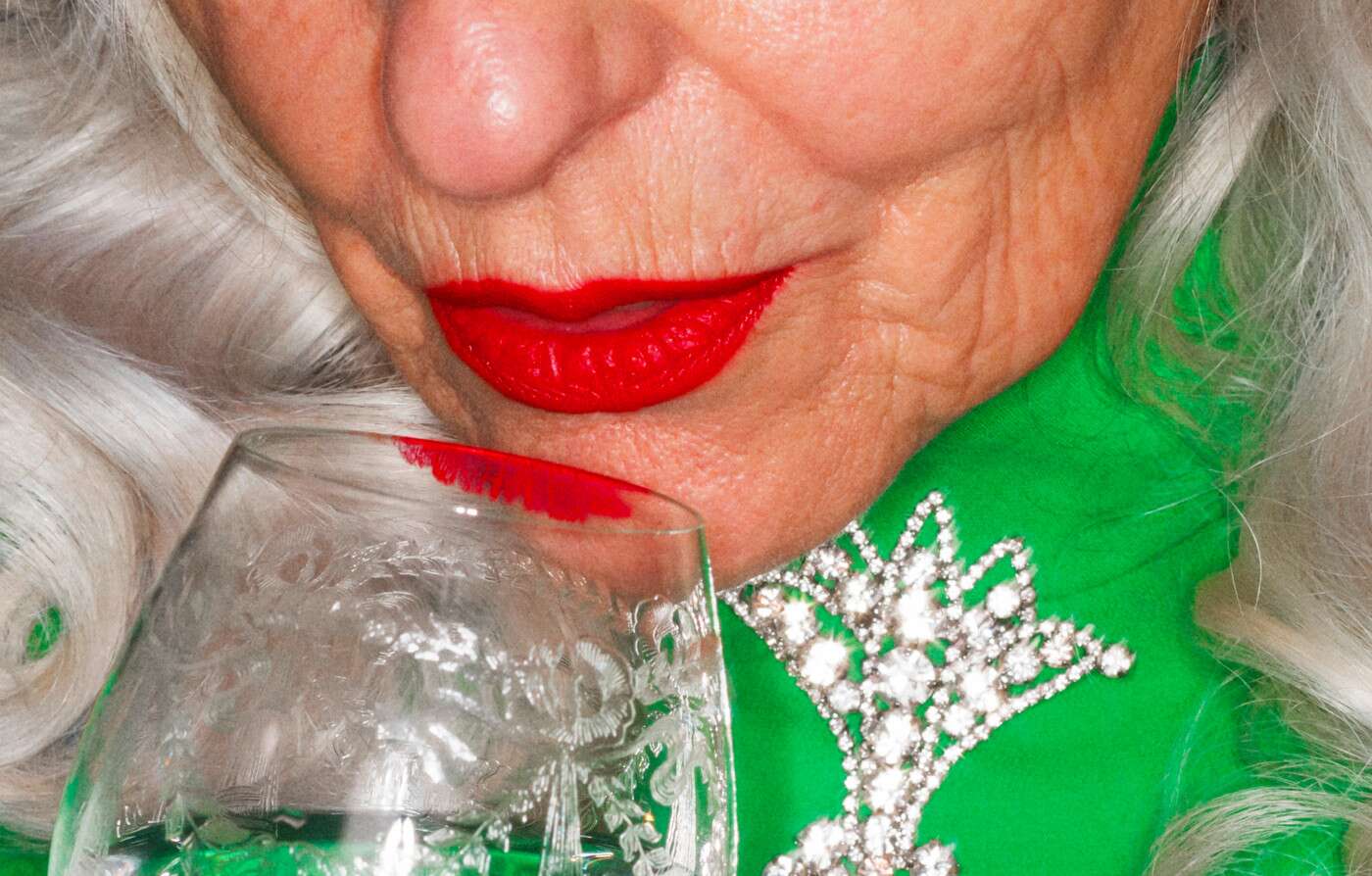 The new lipstick collection features 28 new shades with a clear, gelling soft wax base that works in harmony with the pigments to create an intense vivid tone with a matte finish – all in one stroke. Ideated by Alessandro Michele the matte lipstick campaign is photographed by Martin Parr, video direction by Sean Vegezzi, with art direction by Christopher Simmonds.
Source GUCCI
RELATED BRANDS & PRODUCTS 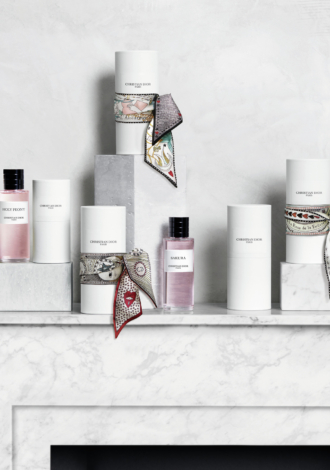 Dior Fragrance "The Art Of Gifting" 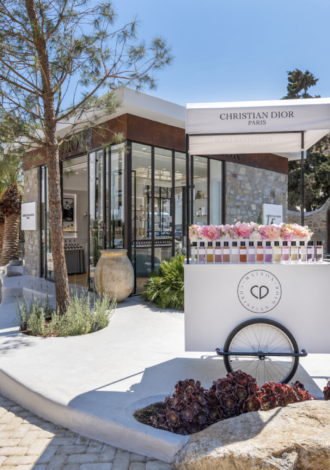 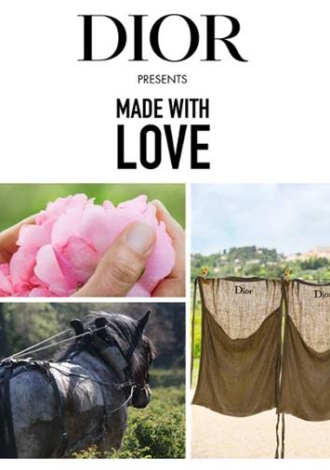 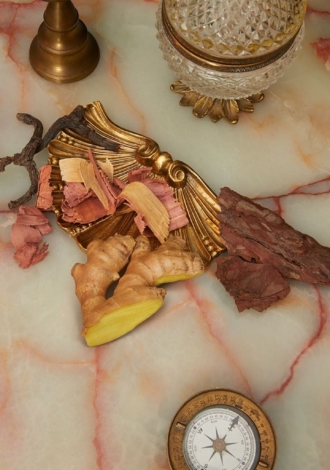