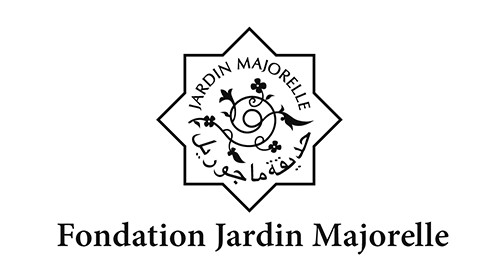 The Jardin Majorelle, which extends over 9,000 m², is one of the most enchanting and mysterious gardens in Morocco. Created over the course of forty years, it is enclosed by outer walls, and consists of a labyrinth of crisscrossing alleyways on different levels and boldly-coloured buildings that blend both Art Deco and Moorish influences. The French painter Jacques Majorelle conceived of this large and luxuriant garden as a sanctuary and botanical ‘laboratory’. In 1922, he began planting it with exotic botanical specimens from the far corners of the world.

In 1980, Yves Saint Laurent and Pierre Bergé, who first arrived in Morocco in 1966, purchased the Jardin Majorelle to save it from destruction at the hands of hotel developers. The new owners decided to live in Jacques Majorelle’s villa, which they renamed the Villa Oasis.

“For many years, the Jardin Majorelle has provided me with an endless source of inspiration, and I have often dreamt of its unique colours.” 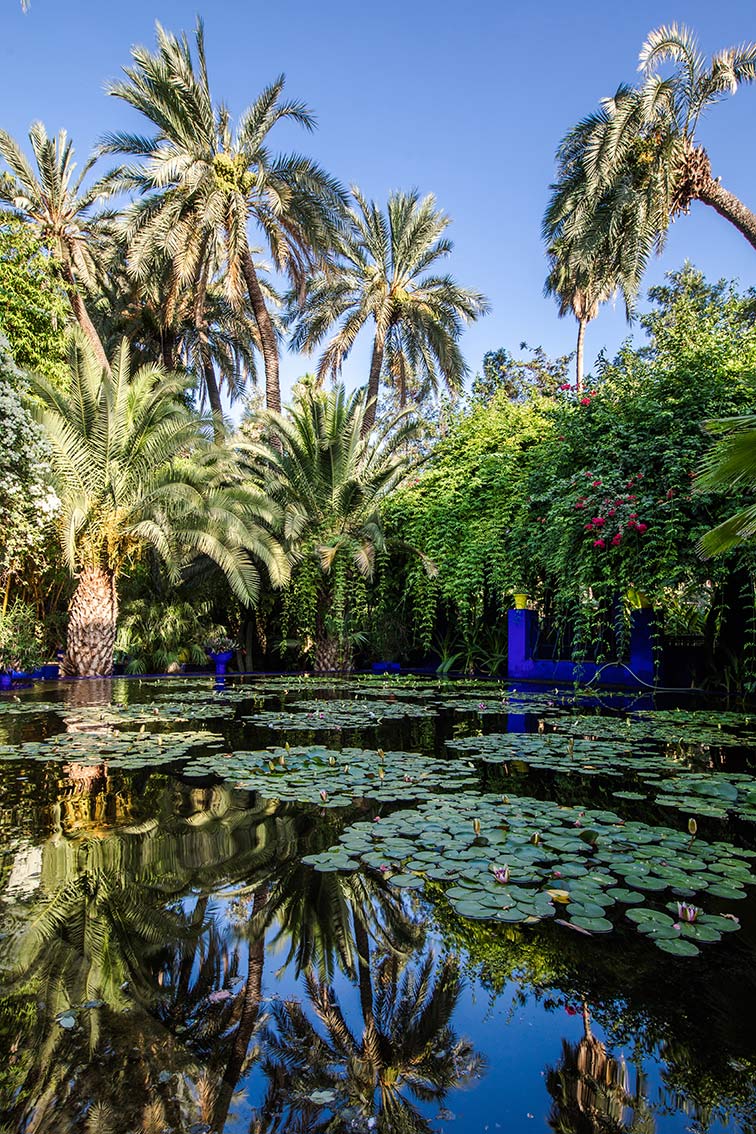 In 1919, the French painter Jacques Majorelle (1886-1962) took up residence in the medina of Marrakech (then a French protectorate). In 1923, he purchased a palm grove on the outskirts of the city. Seven years later, he built the Villa Bousafsaf on the property. Yves Saint Laurent and Pierre. 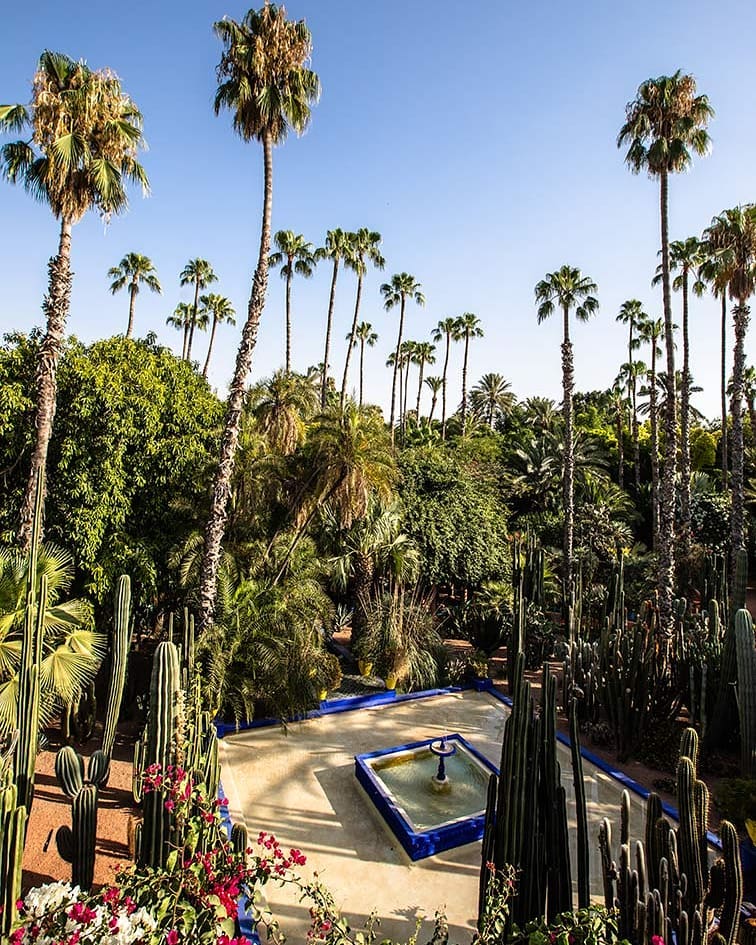 In 1931, he commissioned the architect Paul Sinoir to build him an Art Deco-style workshop of astonishing modernity. He set out his primary living space on the first floor and turned the ground floor into a vast artist’s studio where he would paint his huge decorative works. His passion for botany led him to create a garden on the property, structured around a long central pool, with a variety of different environments, planted with lush vegetation in which hundreds of birds nested.

The garden is a living and evolving work of art made up of exotic plants and rare species that he brought back from his travels around the world: cactus, yuccas, water lilies, white water lilies, jasmines, bougainvilleas, palms, coconut trees, banana trees and bamboos.

In 1937 the artist created an ultramarine blue that was both bright and intense: known today as Majorelle blue, he used it to paint and transform the garden, which he opened to the public in 1947.

Following a car accident, Majorelle was repatriated to Paris where he died in 1962. The garden then fell into neglect. In 1980, Pierre Bergé and Yves Saint Laurent acquired the garden to save it from property developers and bring it back to life.

The garden designer Madison Cox opened a new, environmentally-friendly chapter at the Jardin Majorelle by adding numerous succulent plant varieties native to Morocco, and by replacing ground cover with rose-coloured gravel that echoes the dominant colour of Marrakech.

Yves Saint Laurent is one of the most prominent fashion houses of the 20th century. Originally a House of Haute Couture, Yves Saint Laurent revolutionized modern fashion in 1966 with the introduction of luxury ready-to-wear under the name Saint Laurent Rive Gauche.
MORE ABOUT THE BRAND 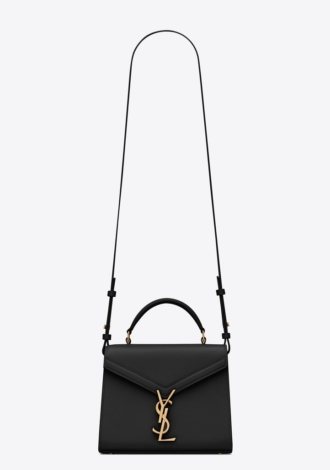 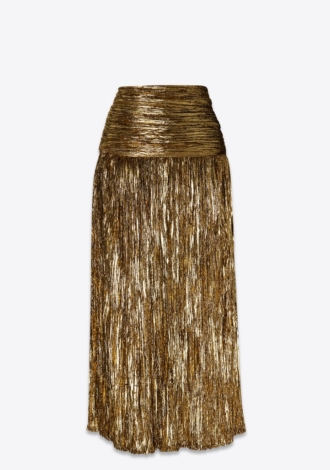 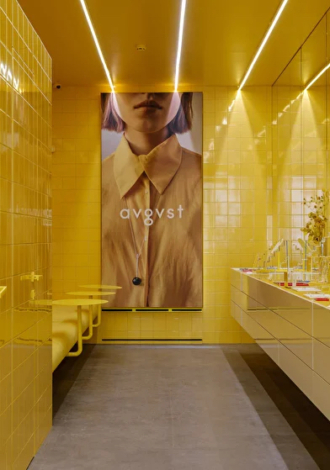 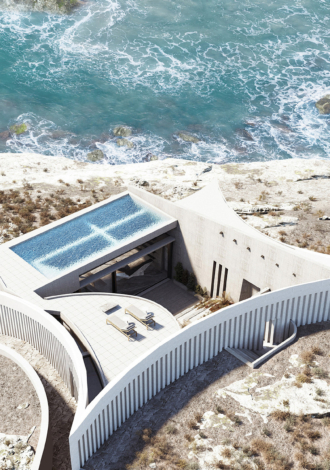 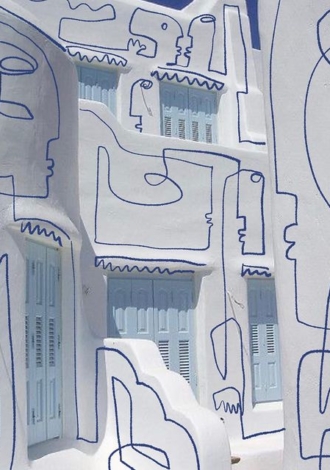 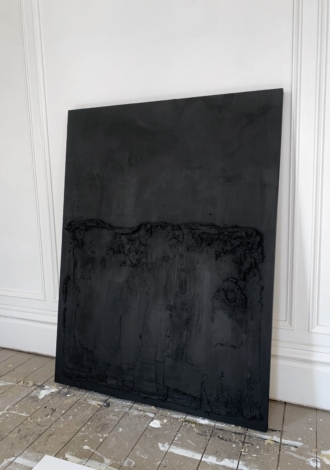