THE HISTORIC | HOTEL DANIELI | IN THE HEART OF VENICE

Signature Suites at Hotel Danieli: a tribute to icons 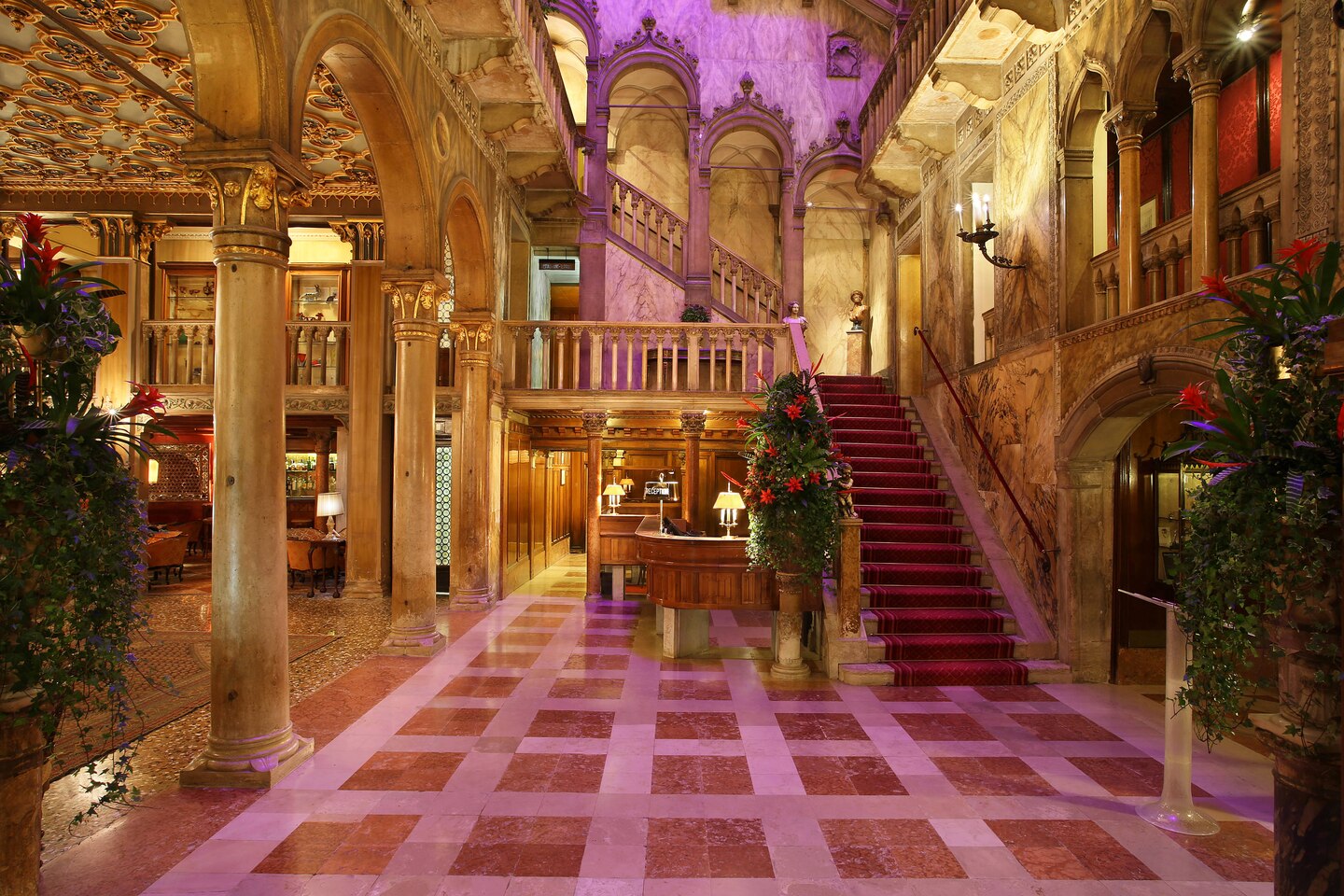 This hotel is a diamond in the field of hospitality and architecture. Located on the Riva degli Schiavoni it offers stunning views of the Palazzo Ducale, the Grand Canal and the islands, dominating the Venetian lagoon. 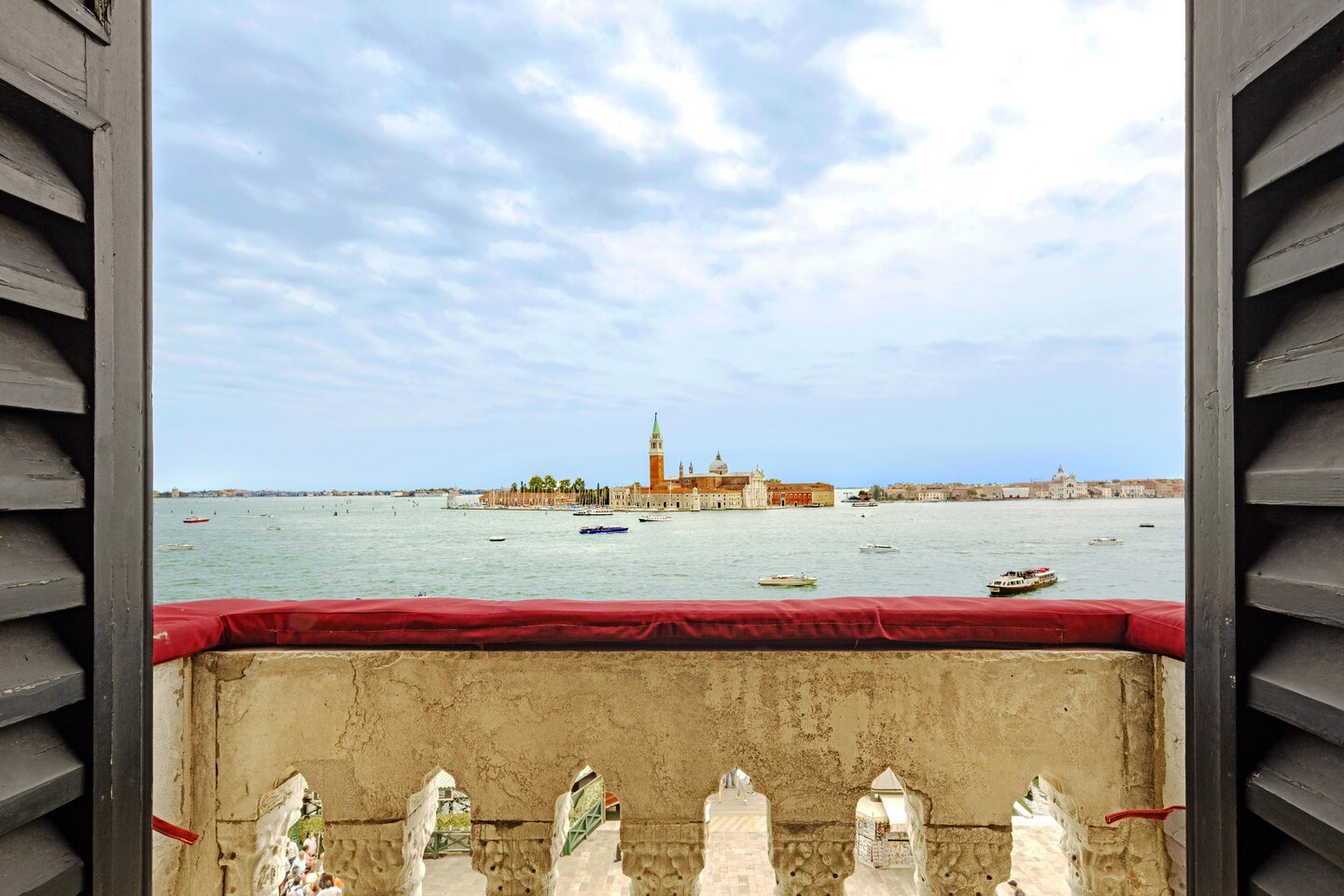 Just steps from the Ponte Dei Sospiri and the stunning Piazza San Marco, the Danieli building has stood majestically for over 700 years. The hotel of particular interest consists of three palaces dating from the 14th, 17th and 19th centuries. In particular, the Palazzo Dandolo is in Venetian Gothic style and was once the home of the noble Dandolo family, while the Palazzo Casa Nuova was the city's treasury and the Palazzo Danieli Excelsior. 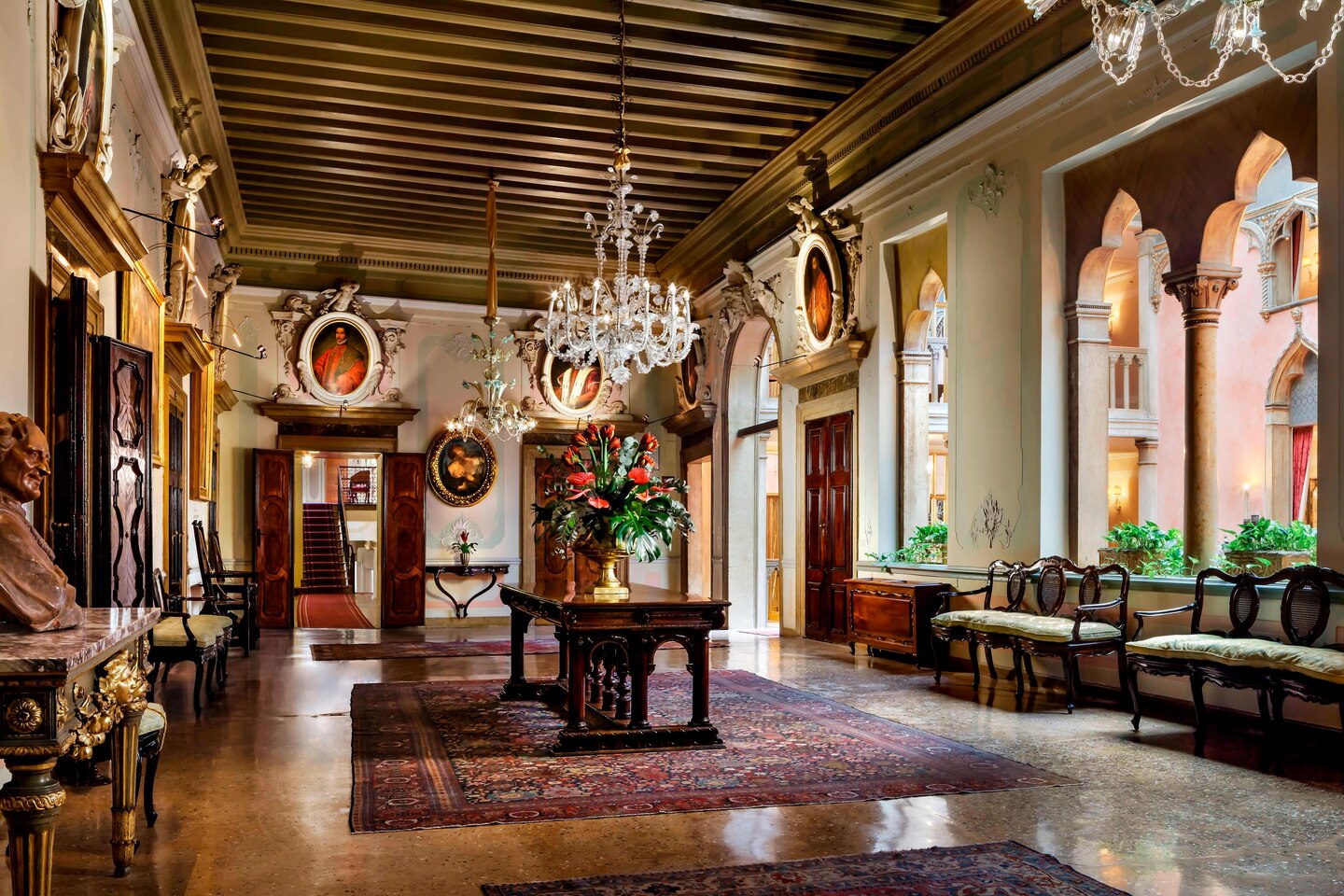 In the 17th century, the property belonged to the Mocenigo and Bernardo families who organized social events. In 1824 the Venetian Giuseppe Dal Niel, known as ‘Danieli’ bought the whole building consisting of 3 parts and turned it into a hotel, giving it the name ‘Danieli’.
This building is a construction of special architectural interest, as in addition to dating from 1300 AD, it also has special features.
Marble sills, white turrets and balconies with pointed arches are just some of the details that adorn the magnificent building. Its most special feature is its four-storey courtyard which is covered with arches in Byzantine Gothic style, bathing the building with natural light. Its magnificent foyer with open staircases and railings provides access to the hotel rooms and suites.

The 3 buildings house a rich collection of pieces of art and antiques that revive the history of the city and are combined with modern amenities to meet the highest demands of the guests it is called to host.
Many notable artists, musicians and writers such as Wagner, Charles Dickens, Byron, Goethe and others have stayed in this hotel.

Another interesting feature of Danieli is the restaurant it houses, called Terrazza Danieli, which provides a magical journey of culinary experience, while combining modern cuisine with influences from oriental flavors brought in the old days by merchants from across the seas.

Synonymous with the splendour of Venice, the Hotel Danieli is considered one of the most famous hotels in the world. Its remarkable history begins in the 14th century when the hotel’s main building—the Palazzo Dandolo—was commissioned by the noble Venetian family Dandolo. Of the four Dandolos that served as the Doge of Venice, Enrico garnered the greatest fame when he conquered Constantinople in 1204 and returned to the city with a bounty of gold, marble and Byzantine artwork, some of which was later incorporated into the Palazzo Dandolo’s interiors. 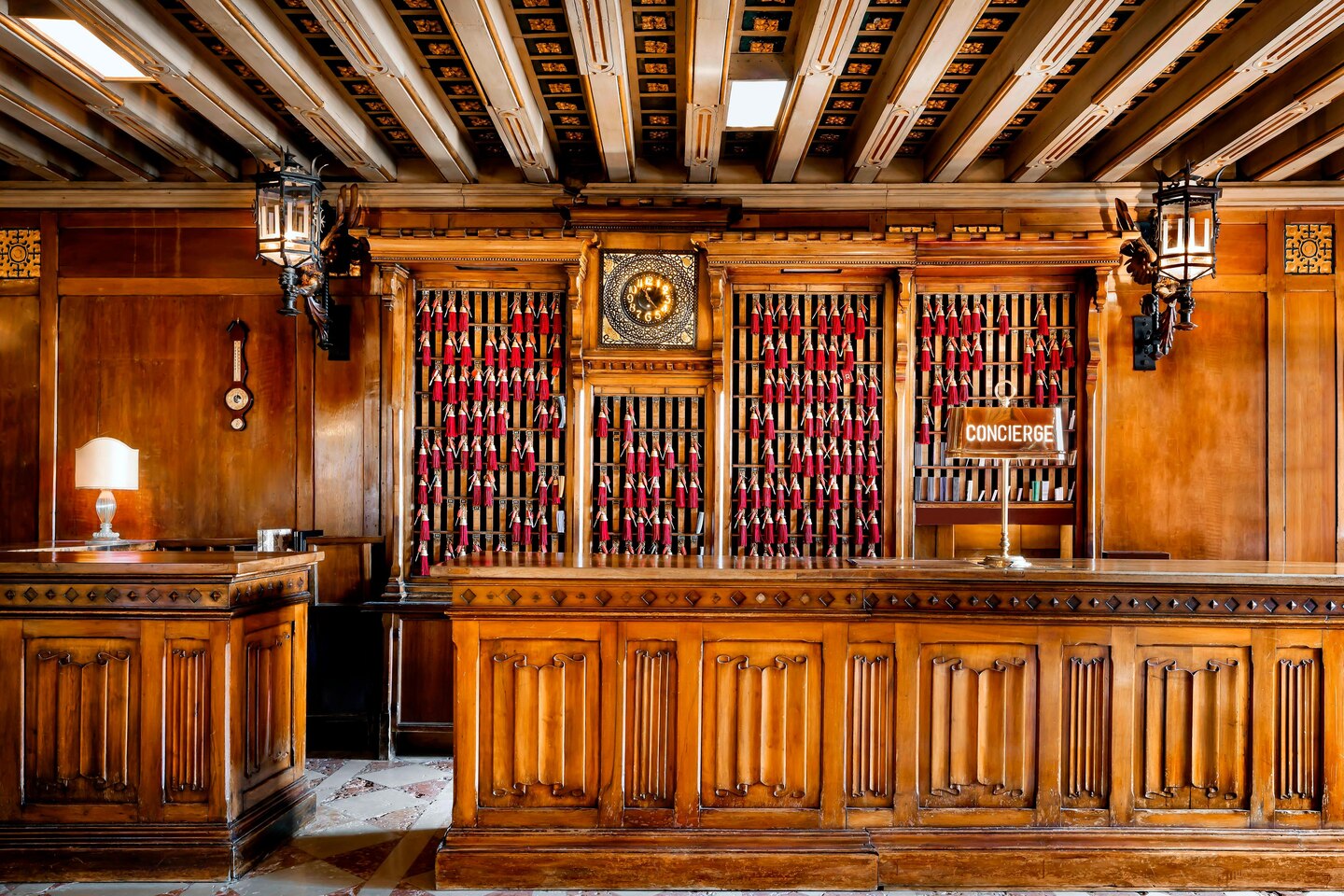 The three palaces which comprise the hotel date from the 14th, 19th and 20th centuries: Palazzo Dandolo in Venetian Gothic style, once home to the noble Dandolo family; Palazzo Casa Nuova, previously the city’s treasury; and Palazzo Danieli Excelsior, redesigned by Jacques Garcia, and featuring guestrooms with balconies overlooking the lagoon on its upper floors.

The three interlaced palaces house a rich collection of precious art and antiques that play witness to the city’s history, artfully blended with contemporary comforts to meet the needs and expectations of sophisticated and cultured global travelers.

The Most Noble Palace in Venice 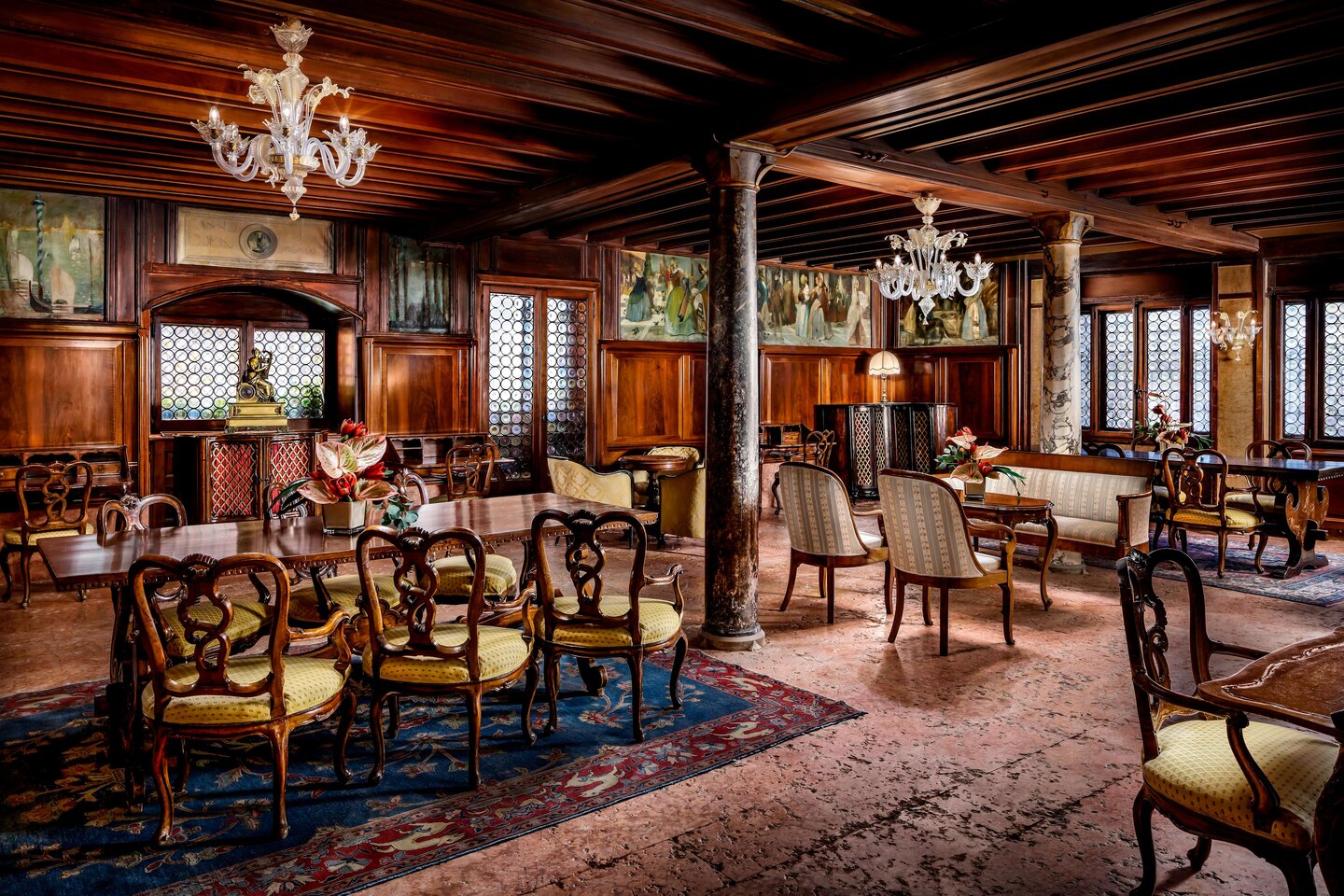 The completed palazzo was described as “the most noble palace in Venice” for its proud Gothic architecture and privileged location overlooking the lagoon. As early as 1498, the Prince of Salerno took up rooms with his retinue, establishing it as a preferred venue for visiting noblemen. Records indicate that in 1525, a comedy was performed there for a prominent audience that included the Ambassador of Mantua and a cousin of the King of England.

The Birth of Hotel Danieli

Several centuries later, in 1822, Giuseppe Dal Niel rented part of the palazzo and converted it into a hotel, renaming it after his nickname “Danieli”. Little by little he bought all the floors and finally became sole owner. It was in the winter of 1833, that the scandalous love affair between George Sand and Alfred de Musset unfolded in Room 10. 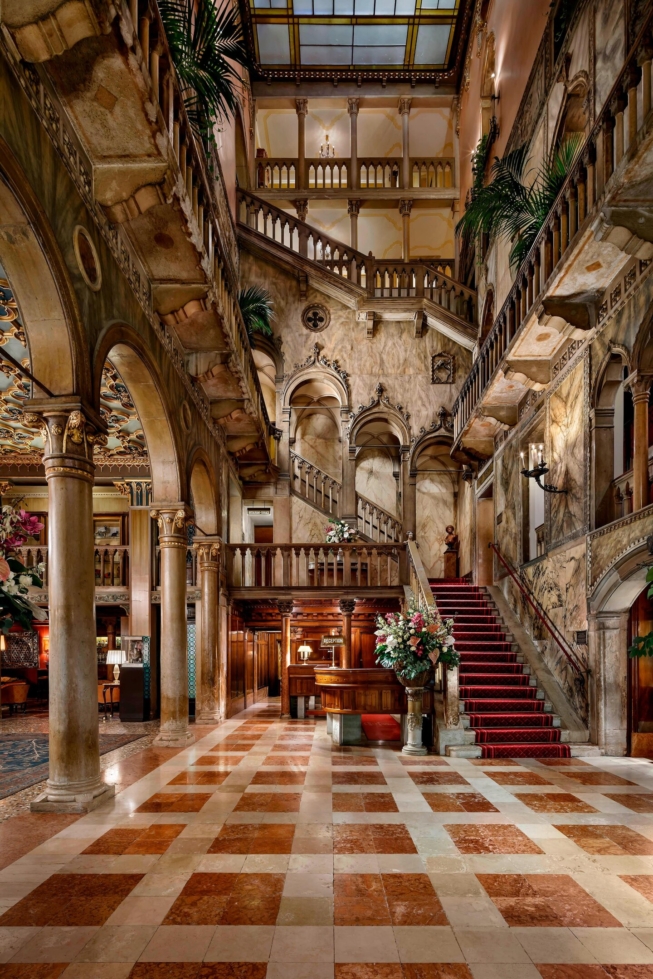 In 1895, Mr. Genovesi and the Campi Bozzi & C. become the new owners of the hotel. They completed expensive renovations, adding electrical power, vapour radiators, and elevators to further the hotel’s reputation for luxurious accommodation. At this time, the hotel was also connected via bridge to the Casa Nuova Palace—the former seat of the Customs office—located across the Rio del Vin.

In 1906, Count Giuseppe Volpi founded the renowned CIGA hotels—“Compagnia Italiana Grandi Alberghi”—and acquired the Royal Hotel Danieli. The hotel underwent its final structural change in 1948 when the buildings separating Palazzo Dandolo and Palazzo delle Prigioni were demolished and a new building, known as the Danielino (today’s Palazzo Danieli Excelsior), was erected. This final addition was restyled by famed hotel architect Jacques Garcia in 2008.

Over the course of its colourful history, Hotel Danieli has been favoured by many illustrious guests, including foreign dignitaries, heads of state, and film and music celebrities. 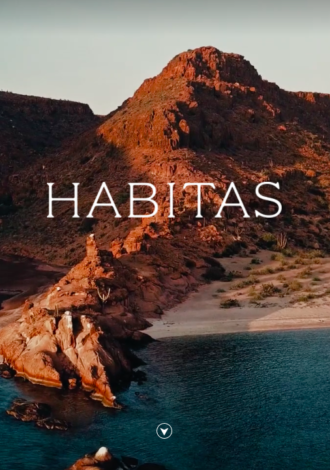 THE | ACRO SUITES | A WELLBEING RESORT IN CRETE

THE | ILLUSION PLUS | YACHT OFFERED BY IYC YACHTS