The world of Monsieur Dior in his own words

The Story Of Dior

CHANCE, AT THE HEART OF DIOR

Everything is a sign. Everything makes sense. Christian Dior believed in his fabulous destiny, in his lucky star, like on that evening of 18 April 1946. He was 41 years old and working at Lucien Lelong. The next day, he had a meeting with Marcel Boussac, the most famous of the post-war industrialists. The ‘King of Cotton’ as he was known, wanted to invite Christian Dior to become the Artistic Director of the fashion house: Philippe et Gaston. Christian Dior was unsure. He felt that the decision was important because three times already, chance had pointed him towards the fabulous destiny that awaited him. It was a childhood friend, Georges Vigouroux, whom he encountered three consecutive times on the streets of Paris who knew Marcel Boussac and was trying to convince Dior to embrace his future. “But what for?” was doubtless the question in the mind of the man who did not yet realise the magnitude of what he was to bring to haute couture, women and France’s position abroad.

However, while walking up the Rue du Faubourg Saint-Honoré, Christian Dior hit his foot on an object on the ground and almost tripped, as though it was the object itself that wished to attract his attention. He turned, drew nearer, realised that he was right in front of the British Embassy and this made him think of his childhood in Granville, Normandy, opposite the British Isles, and his friend Georges Vigouroux. He also remembered the dilemma that he was to face the following day with Marcel Boussac. Christian Dior leaned over and picked up the object that had nearly made him fall over: it was a star, the one that was to propel him into the upper echelons of haute couture and luxury, his evening star indicating the path to follow. It was to be “yes”;he knew at that very moment that he could no longer escape his destiny. But it was a conditional “yes” as the next day, sure that his star was not mistaken, Christian Dior announced to Marcel Boussac that he would not take over Philippe et Gaston. Instead, he was ready to open a fashion house in his own name “where everything would be new, from the state of mind and the staff to the furniture and premises”.

A PREDILECTION FOR FORTUNE TELLERS

“Chance always comes to the aid of those who really want something”, he wrote in his memoire. Christian Dior certainly inherited his maternal grandmother’s strong taste for the art of divination, fortune tellers, signs of destiny and premonitions. He met his first clairvoyant in 1919, at the age of 14. Quick to adopt fancy dress as soon as the opportunity arose, the young Christian slipped into gypsy garments for the charity fair organised in Granville in aid of soldiers. With a basket tied around his neck with ribbons, it was his job to sell the magical objects of a palm reader.

Having excelled at his role during the day, the woman with the long petticoats offered to read his palm in the evening. “You will be penniless, but women will be good to you and it is thanks to them that you will succeed. You will make large profits and be obliged to make numerous crossings.” Women, travel to America, fortune… With hindsight, everything came true.

Fortune tellers were to accompany him throughout his life, allowing him to ease his heavy heart, continue to hope and live or simply make decisive career choices. One of his most faithful supporters, his fortune teller Madame Delahaye, relentlessly predicted the return of his beloved sister Catherine (who had been deported) between June 1944 and May 1945. The vision proved the resigned and the pessimistic wrong, and his younger sister did not share the tragic fate of millions of men and women.

The young member of the French Resistnace was liberated from the Ravensbrück camp at the end of the war. It was the same fortune teller who helped him to take a decision that was to completely change the course of his life, and that of fashion…

Having received two proposals to create his own couture house, Dior dashed to Madame Delahaye’s house. “Accept! she ordered me, accept! You must create the house of Christian Dior. Whatever the initial conditions, anything that they could offer you later on could not compare to the chance of today!” He knew that her intuition was right. She had already proven to him that she was never wrong. The star that he had found in front of the British Embassy only confirmed these premonitions.

SUPERSTITION, AT THE HEART OF DIOR

The first collection, presented on 12 February 1947, exploded onto the scene; the New Look imposed a new style. From spring ’47, women were never to be the same again. In these new spring days, Christian Dior was also keenly awaiting the arrival of his lucky flower: lily of the valley. Superstitious and attentive, he slipped a sprig of the delicate dried flower into the hem of every one of his haute couture models, and always kept it with him. In his jacket pocket he kept a finely crafted reliquary containing his beloved flower. He also kept a four-leaf clover, two hearts, a piece of wood and a gold coin to hand… and enjoyed playing with numbers. Number 8 became particularly magical. Dior, situated in the 8th district of Paris, comprised, “behind the original little townhouse”, “a new eight-floor building – eight workshops – which was the double of another building, also of eight floors”, remarked Dior in his memoires. With its sensual form, the number also marked the contours of this revolutionary silhouette: “clean and curved, emphasised bosom, hollowed waist, accentuated hips”, evoking more a femme fatale than a fatality… Still today, Monsieur Dior’s fetishes haunt the history of the label, from the twinkling star atop of the Dior building in Ginza, to the Dior VIII watch, from the Autumn 2013 make- up collection that colours the face with “Mystic Metallic” reflections to the jewellery range from the Autumn-Winter 2013 ready-to-wear fashion show that cast a spell by adorning the hands and ears with jewels resembling lucky charms. All these creations take good fortune as their theme, as though to bring eternal luck. 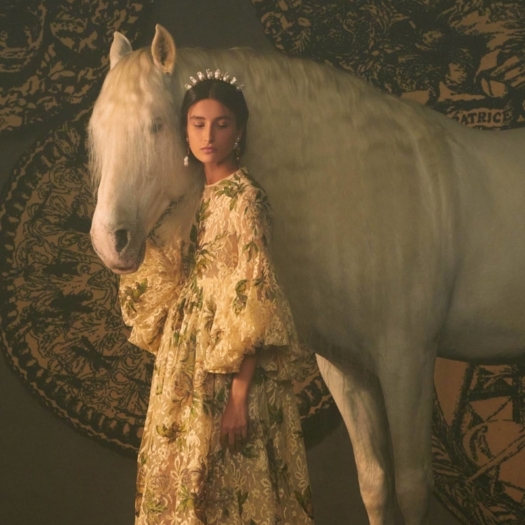 CELEBRATING EXCELLENCE IN SAVOIR-FAIRE
SPRING-SUMMER 2021 WOMEN’S CAMPAIGN
Symbols of a committed reflection on fashion’s origins and the significance of the cut, Spring-Summer 2021 ready-to-wear looks by Maria Grazia Chiuri are revealed in a series of striking photographs. In a mise-en-scène reminiscent of the paintings of Caravaggio, warm hues provide the perfect foil to soft clothing that includes a shirt with smock-gathered sleeves and 'Dior Jardin' motifs flowing down a long dress.

RESPONDING TO THE PROFUSION OF POPPING AND TANGY COLORS
SUMMER 2021 MEN'S COLLECTION
A celebration of identity, of the power of creativity, of art’s ability to transport. For Summer 2021, Dior men’s Artistic Director Kim Jones collaborates with the Ghana-born, Vienna-trained artist Amoako Boafo through an intimate, all-encompassing and honest cultural conversation that began in 2019.

The baroque magnificence of the new Dior Maison collection
MAISON
The new Dior Maison 'Constellation' collection is the result of a dialogue between @MariaGraziaChiuri and @PietroRuffoArtist, a regular House collaborator, who explored the historical importance of the esoteric to the House through highly-detailed reinterpretations of evocative tarot card symbols.
SHARE THIS
ARTICLES ABOUT DIOR 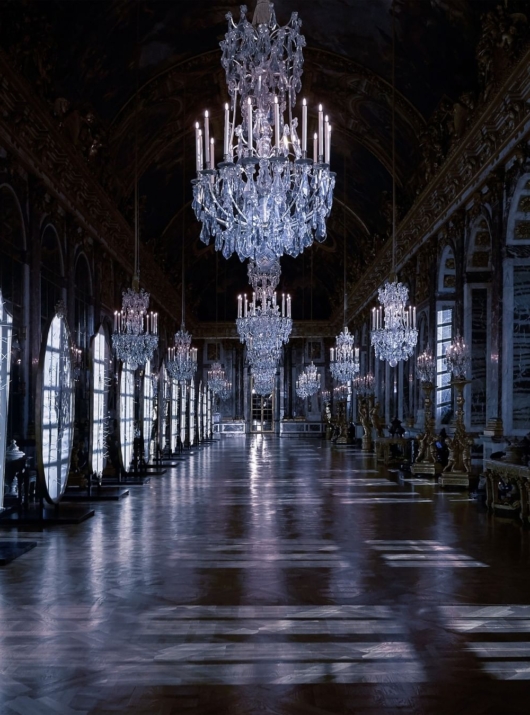 For this collection, Maria Grazia Chiuri chose to call on five female illustrators from different countries to create five animated teasers to be posted on social media before the unveiling of the Dior fall-winter 2021-2022 women’s ready-to-wear collection. She asked…

DIOR "GET THE LOOK OF THE 2021 CRUISE COLLECTION"

LOAD ALL ARTICLES
PRODUCTS FROM DIOR 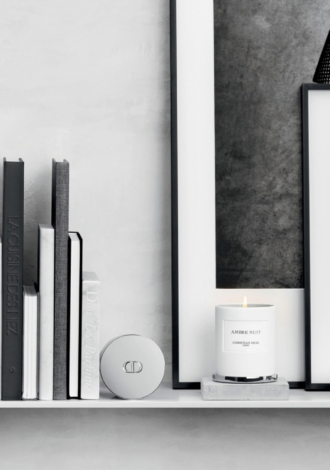 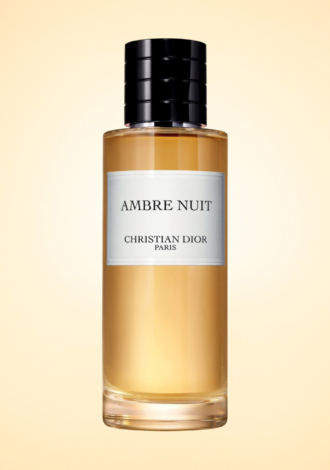