70 years of sports cars at Porsche

Fast. Puristic. Emotive. For the past 70 years, the Porsche brand has been synonymous with sports car construction at the very highest level. The company begins its anniversary year with a New Year Reception.
ception.

The first vehicle to bear the Porsche name was registered on June 8, 1948: It was the 356 “No.1” Roadster. This is the day on which the Porsche brand was born. The Type 356 turned Ferry Porsche’s dream of a sports car into a reality. “His vision at that time embodied all of the values that still define the brand to this day”, said Oliver Blume, Chairman of the Executive Board of Porsche AG, at yesterday’s New Year Reception at the Porsche Museum.

Representatives from the state of Baden-Württemberg as well as from the city of Stuttgart and the worlds of politics, economics and society, joined Porsche to celebrate the beginning of its anniversary year with the slogan “70 years of the Porsche sports car”.

“Tradition is a commitment. Without our tradition and without our core values, we would not be where we are today”, explained Blume. “We plan to uphold the standard of technical excellence set by Ferry Porsche well into the future. Intelligent dynamic mobility has a great future ahead of it. And we have the solid technological expertise, creative employees and unique team spirit to be involved. We have what it takes to ensure that the Porsche brand continues to fascinate – even in another 70 years.”

The history of the Porsche brand begins in 1948. Yet the foundation of the sports car manufacturer is built upon the life’s work of Professor Ferdinand Porsche – work which his son Ferry then continued. Ferdinand Porsche had already designed pioneering innovations for the automotive industry as early as the start of the last century. In 1900, he built an electric car with a wheel hub drive known as the Lohner-Porsche, a vehicle on which he would then base the world’s first all-wheel-drive passenger car. In the same year, he created a template for hybrid vehicles with the development of a mixed petrol-electric powertrain. In 1931, Ferdinand Porsche founded his own engineering office. The “Berlin-Rome Car” showcased in 1939 was the beginning of his idea for a sports car bearing the Porsche name, although this dream was only realised by his son Ferry in 1948 with the Type 356.

The successor model to the 356, the Porsche 911 designed by Ferry Porsche’s son Ferdinand Alexander, finally gave the company its breakthrough as one of the leading manufacturers of sports cars in the world, both from a technical and a design perspective. The Porsche 911, presented to the global public for the first time in 1963, has now been built over a million times. “Although the 911 has been consistently developed in the intervening decades and enhanced many times over with new, innovative technologies, no other vehicle has managed to retain its original essence in the same way as the 911”, says Blume. “All Porsche models to be developed now and in the future are based on this sports car. As the centrepiece of the brand, the 911 has become the sports car of dreams, winning the collective heart of enthusiasts all over the world.”

Our vehicles should always be something special. We also expect extraordinary results when it comes to the profitability of the company. To achieve this, today and in the future, we rely on employees and managers who think just like Ferry Porsche did and who are always willing to go that extra mile.

Our culture is defined by tradition and innovation.
For us, this is not a contradiction at all, rather these are Porsche values that complement each other and form a unity. The combination of tradition, innovation and a range of fascinating products is also reflected in our staff measures and the agreements we have with our employee representation.

The future of Porsche sports cars is already coming up to the starting line in the form of the Mission E, the first purely electrically driven technology champion from Zuffenhausen. This concept vehicle combines the distinctive emotional design of a Porsche, exceptional driving performance and forward-thinking everyday functionality. The four-door model with four individual seats delivers a system performance of over 440 kW (600 hp) and a range of more than 500 km, acceleration from 0 to 100 km/h in less than 3.5 seconds and a charging time of around 15 minutes for 80 per cent of the electrical energy required. Porsche has invested around one billion euro in this futuristic project, creating more than 1,200 additional jobs just at the headquarters in Stuttgart-Zuffenhausen, where the Mission E will be built. “Porsche will always be Porsche – the leading brand for exclusive, sporty mobility”, reinforces Blume. 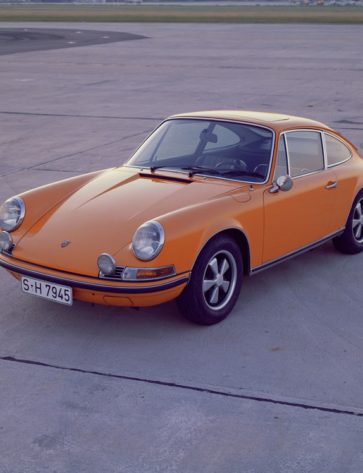 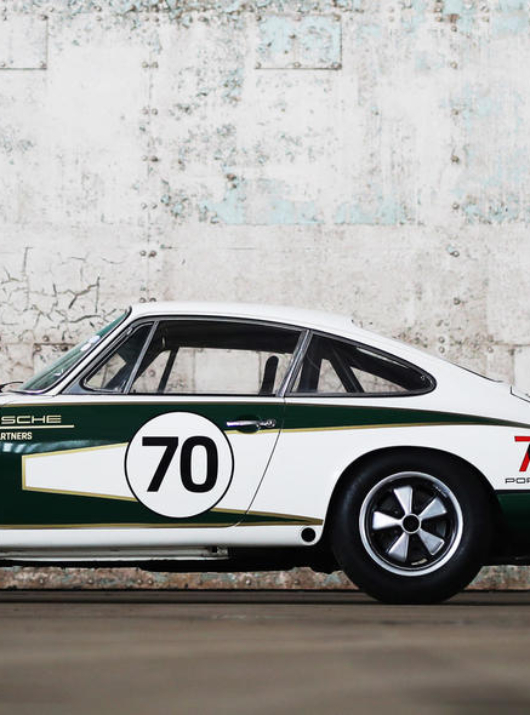 70 years of sports cars at Porsche Fast. Puristic. Emotive. For the past 70 years, the Porsche brand has been synonymous with sports car construction at the very highest level. The company begins its anniversary year with a New Year… 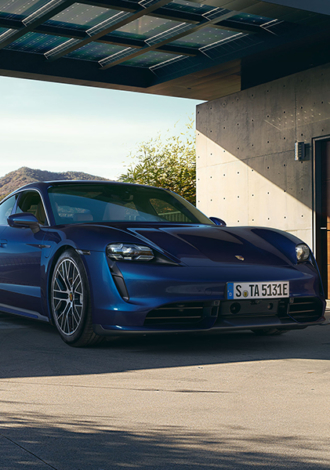 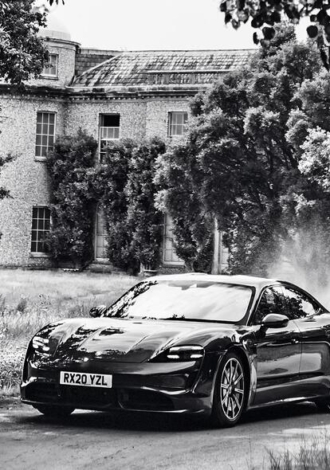 LOAD ALL ARTICLES
PRODUCTS FROM Porsche 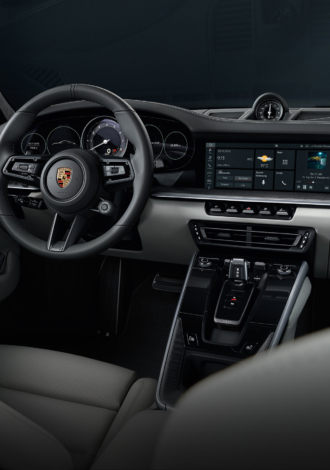 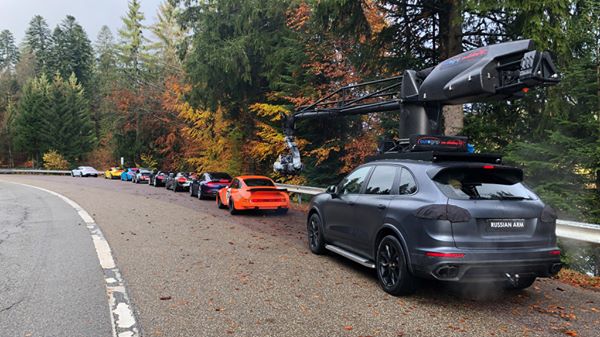 See how we stole the show with our Big Game commercial.  Go behind-the-scenes of "The Heist" 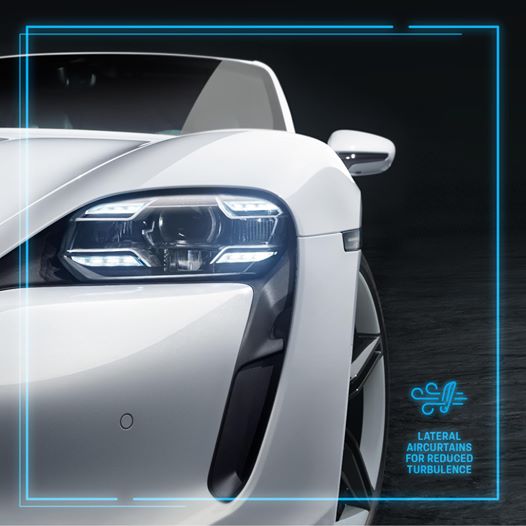 Lateral air intakes ahead of the front wheels - so-called aircurtains - improve the aerodynamics of the Taycan by guiding incoming air over the wheels like a curtain, thereby reducing turbulence. 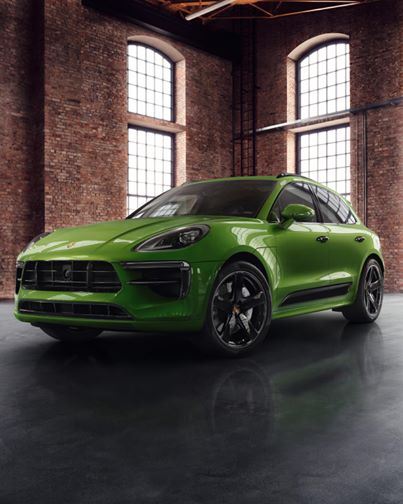 Be the center of attention with this Macan Turbo in Mamba Green Metallic. 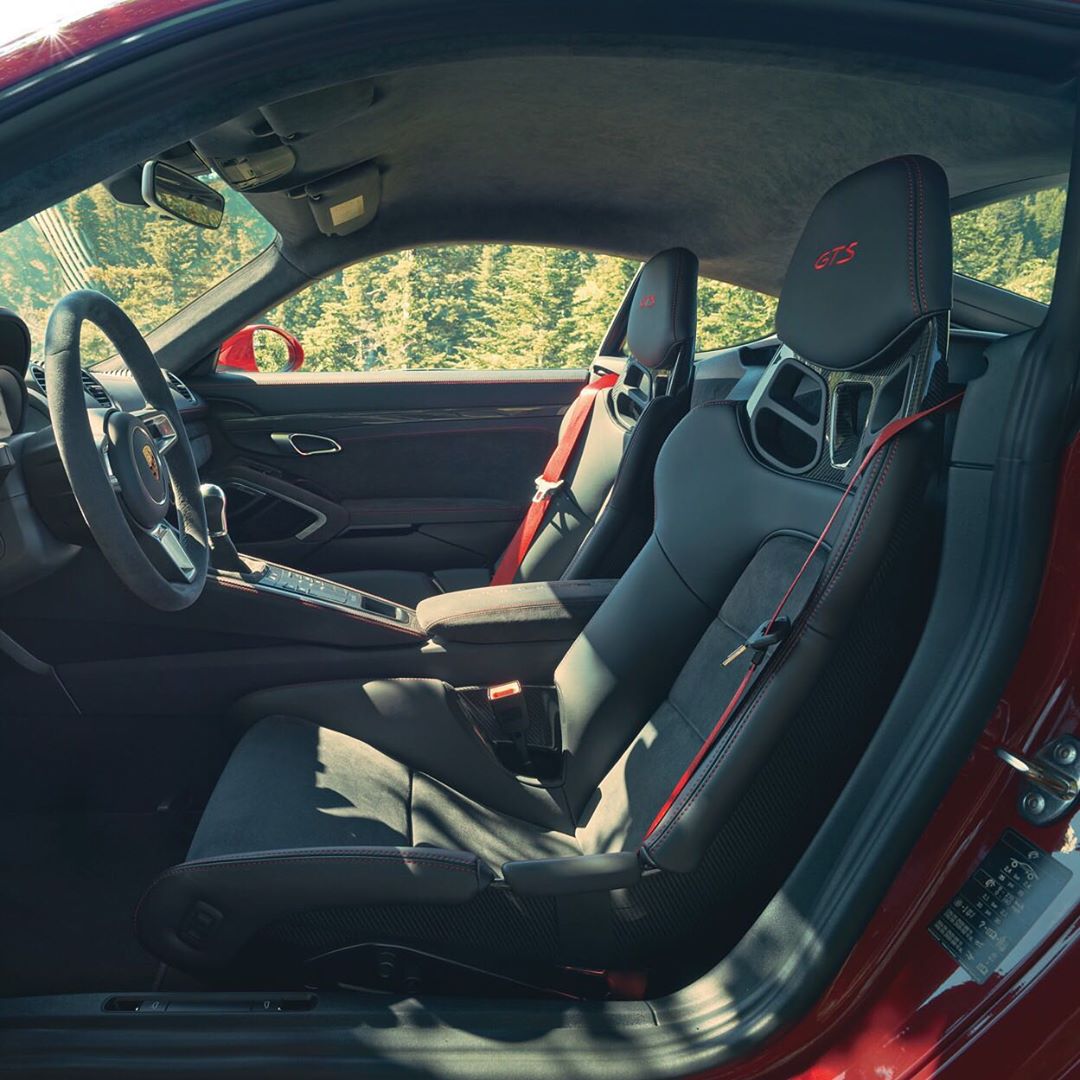 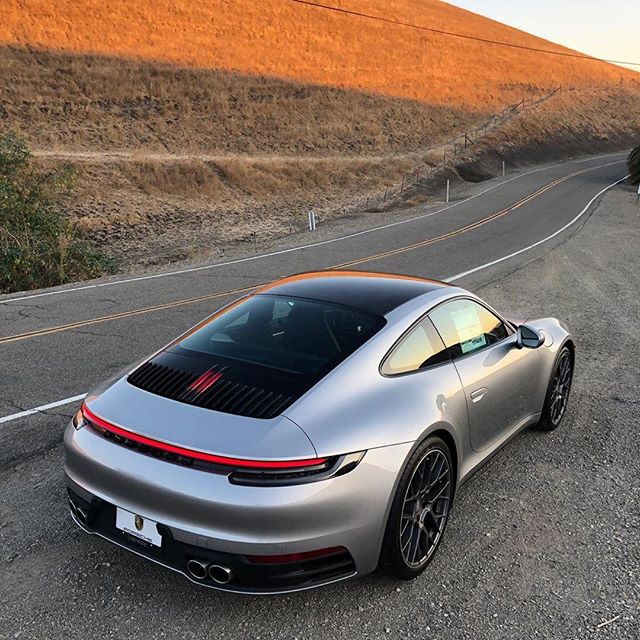 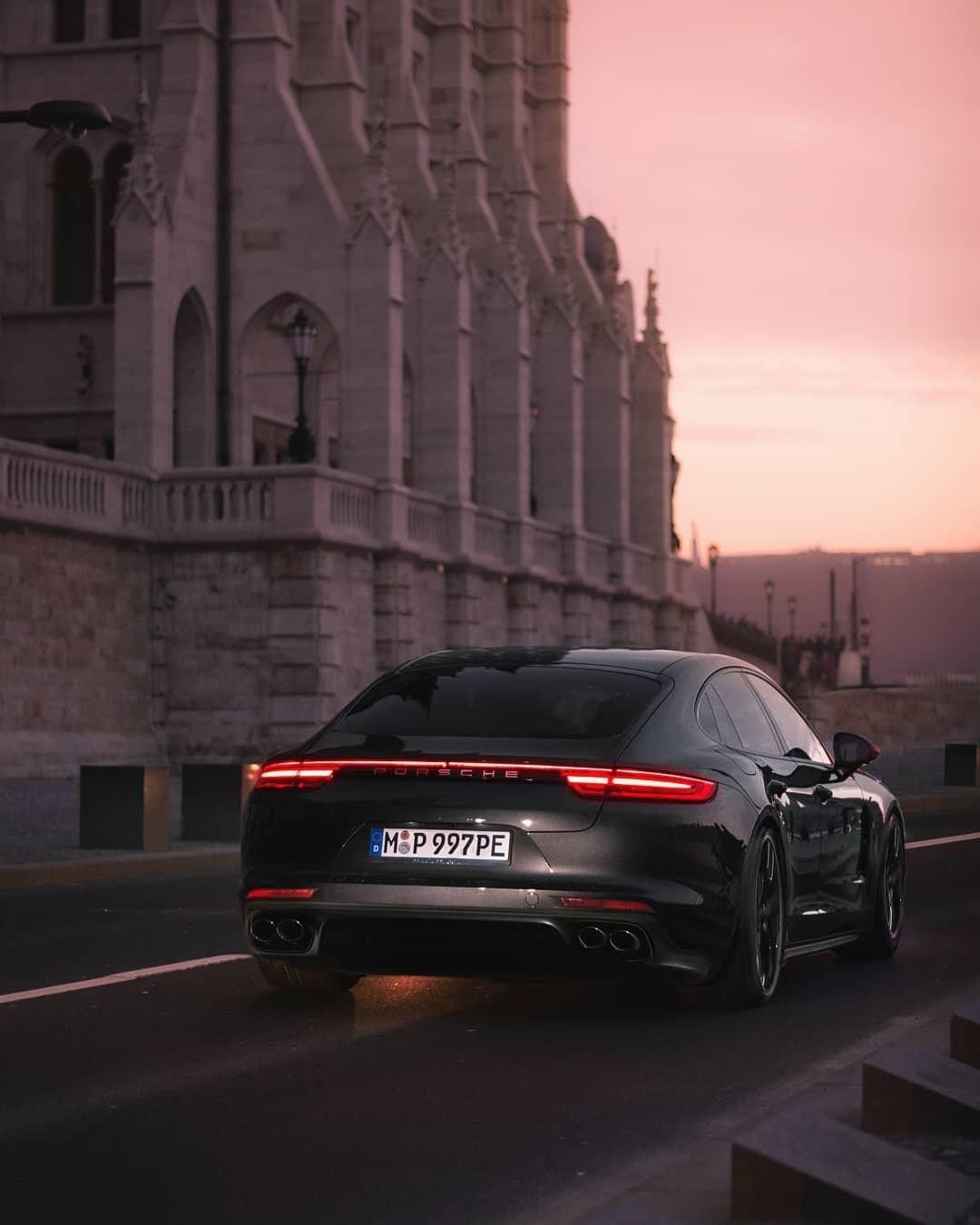 There are many things to say about the Panamera, but sometimes the picture speaks for itself.